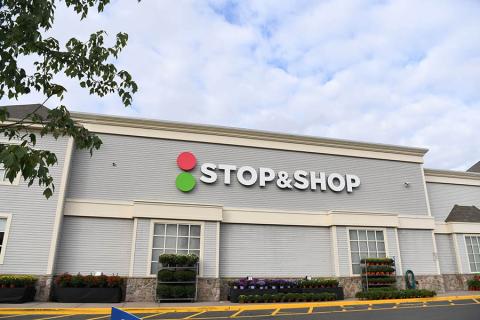 The Stop & Shop Supermarket Co. has taken the wraps off a brand-new look for its stores, beginning with 21 locations in the Hartford, Conn., area. The overhaul comes after parent company Ahold Delhaize USA this past summer promised a “fresh new format” for the venerable northeastern regional banner.

The company invested $70 million to improve Stop & Shop’s in-store experience, with a focus on providing more fresh, fast, local and healthy selections. Hartford will serve as a test market for the grocery store chain to pilot such innovative features as an in-store smoker; more space dedicated to fresh produce, and more locally grown and produced items; DIY machines enabling customers to create their own olive oil and vinegar blends; a kombucha fountain; an informational craft beer kiosk; poké bowl and taqueria stations; in-store cafés with reclaimed-wood “community tables” enabling family-style dining, and digital community boards; curbside pickup of grocery orders assembled via automation, thanks to a partnership with Takeoff Technologies; and frictionless checkout using the SCAN IT! Mobile app, with no waiting in line required.

The pilot will be used to decide what updates to roll out across Stop & Shop’s 400-plus stores over the next several years. The new format also includes lower prices on thousands of items that customers buy most frequently, while also carrying a bigger assortment of affordable store-brand items, including products from Nature’s Promise.

“We recognize that our customer is changing, and we’re evolving our entire shopping experience to better serve them,” noted Stop & Shop President Mark McGowan. “They’re focused on getting back to their lives, juggling many responsibilities, and we want to make grocery shopping even easier and faster for them. Hartford is the first step in our journey towards repositioning our brand for future success and in helping our communities enjoy better food and better lives.” 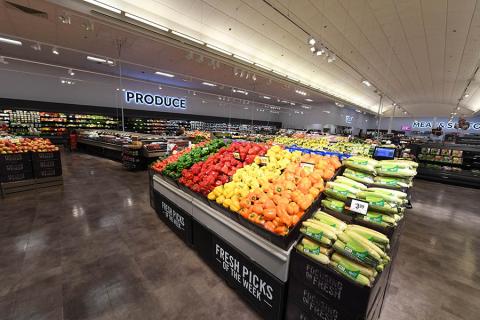 The 21 test stores in the Hartford, Conn., area have more space dedicated to fresh fruits and veggies

Taking a customer-centric approach, Stop & Shop’s revised format also features a modernized store layout and a new logo, which harks back to the banner’s past and its history of offering convenience to shoppers.

Stop & Shop currently employs more than 3,000 people in the Hartford area, and anticipates that the renovated stores will boost headcount by 7 percent.

Ribbon-cutting events will occur simultaneously at all 21 stores at 11 a.m. on Oct. 5, kicking off a range of grand-reopening festivities throughout the month, including pumpkin painting, carnival games, and special appearances by alumni players of the New England Patriots.

In related news, Stop & Shop sister banner Giant Food Stores has also revealed a new store concept, the urban-focused Giant Heirloom Market, which is slated to open in downtown Philadelphia later this year and will be the first of several new stores the banner plans to roll out in the City of Brotherly Love.