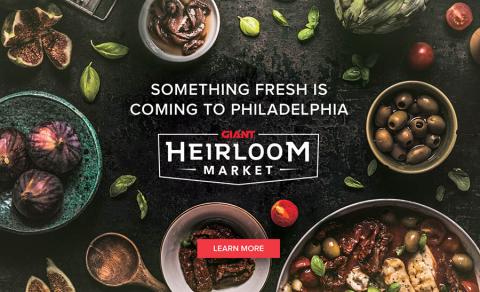 To mark its 95th anniversary, Giant Food Stores LLC has revealed plans to introduce an urban-oriented store concept. The inaugural Giant Heirloom Market, currently under construction, is slated to open later this year in the Graduate Hospital neighborhood of Philadelphia.

“As we celebrate our 95th anniversary, we can’t help thinking about the next chapter in Giant’s story,” said Bertram. “Philadelphia is a natural choice for us to debut our new Giant Heirloom Market format, as we’re able to draw upon our passion for food and our fondness for local purveyors, all while leveraging innovation to bring something special to our new Graduate Hospital neighbors.”

Although Giant Food has been present in Philadelphia since the banner opened a store on Grant Avenue in 2011, the Giant Heirloom Market will be its first-ever downtown location. When open, the store will employ about 60 associates. What’s more, according to Giant Food, the Graduate Hospital location is just the first of several stores planned for Philadelphia.

“More and more companies are looking to do business in Philadelphia due to our abundant resources, welcoming spirit and diverse neighborhoods,” noted Kenney. “The City of Philadelphia is honored to have been selected by Giant to debut its new store format, Giant Heirloom Market. We are thankful for Giant’s significant investment in our region as they contribute hundreds of jobs to our economy, and we look forward to giving them a true City of Brotherly Love welcome later this year.” 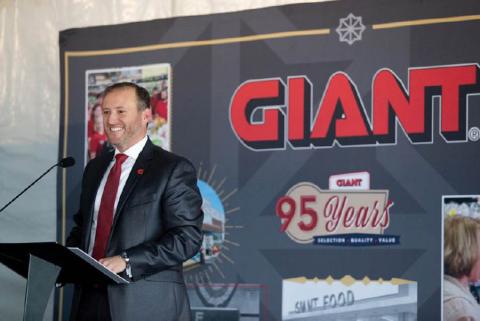 Measuring about 9,500 square feet, the new concept will offer high-quality, fresh and seasonal foods, along with everyday essentials, in a welcoming, up-to-date environment. Store features will include a produce chef preparing fruits and vegetables on demand, local artisanal breads, a huge assortment of plant-based foods, and regular sampling and demonstrations. Further, if customers require an item not available in the store, associates will direct them to in-store iPads to order it online via Peapod Pickup or Delivery.

“Our new Giant Heirloom Market is as unique and special as the neighborhood it serves, the direct result of our close collaboration with the local community it will soon be serving,” explained Bertram, who noted that while listening to area residents and sourcing from nearby purveyors, the banner also looked as far afield as Amsterdam for format ideas. “From featuring products made locally to being staffed by people who call the neighborhood home, Giant Heirloom Market is a true reflection of the surrounding community, and we can’t wait to see our shared vision come to life in just a few short months.”