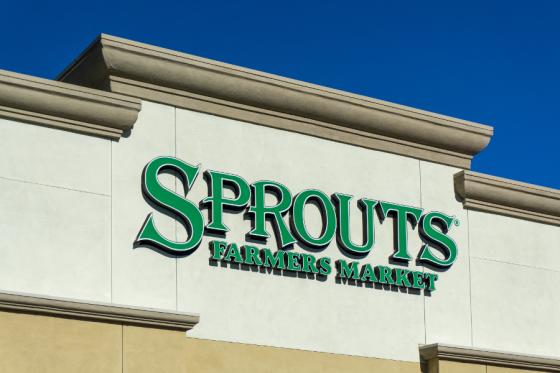 Natural grocer Sprouts Farmers Market is opening four stores on Jan. 16, with more than half of the locations planned for the first quarter of 2019.

The stores opening Jan. 16 will be in Carlsbad and Fontana, Calif.; Clearwater, Fla.; and Carlsbad, Texas. A total of seven locations are anticipated to open in Q1.

Each store will host a ribbon-cutting ceremony at 7 a.m. local time, and the first 200 shoppers will receive 20 percent off their initial total purchase. Muffin and coffee samples will be served to all, and every customer will receive a free reusable shopping bag with purchase.

Each store also will hold a Taste of Sprouts event on Jan. 19, at which guest favorites and trending items, including a selection of exclusive Sprouts Brand products, will be sampled throughout the store. Moreover, unsold and edible groceries will be donated to local food banks and programs through Sprouts' Food Rescue program.

Earlier this week, Sprouts said that it's expanding its national footprint to include three more states in the second quarter of this year. Among the nine new stores that the natural grocer plans to open during the period are one each in Louisiana and Virginia, and two in Florida. The two Florida stores also will feature an enhanced layout that improves shopper engagement.

Like last year, the grocer is planning to open a total of 30 stores this year.

Phoenix-based Sprouts Farmers Market operates 300-plus stores in 19 states and employs more than 28,000 team members. The company is No. 22 on Progressive Grocer's 2018 Super 50 list of the top grocers in the United States.