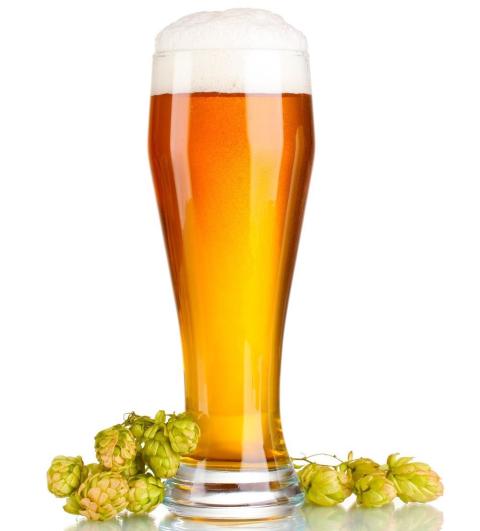 Several beer companies, including regional brewers and brands, are out with flavors that have a spring-like taste and look, including many with fruit flavors.

As spring approaches, the days are growing lighter and so, it appears, are beers. Emerging from another pandemic winter, beer companies and retailers are tapping into shoppers’ interest in gathering, celebrating, and balancing their desire to indulge and imbibe with their pursuit of healthier lifestyles.

The arrival of the spring beer market doesn’t just mean shifting out the heavier stouts, porters and other wintry ales that have been featured since fall. Grocers can attract shoppers to the beer section by adding interesting new varieties that reflect a range of consumer preferences for taste, health and occasions, and rolling out different promotional and merchandising elements, among other efforts.

Glass Half Full or Half Empty?

One might say that the effects of the two-year-old pandemic and other market circumstances have come to a head in the beer category. The beer industry in general was hit hard by sharp declines in the bar and restaurant industries, and although dollar sales rebounded in 2021, the new market is different from the pre-COVID year of 2019.

For one thing, the years-long thirst for beer — especially craft beer — has tapered off somewhat, mostly in foodservice and event venues due to a lack of traffic, but this decline is also evident at retail. According to NielsenIQ data, sales of beer at retail dropped 5.4% in 2021 compared with 2020. Research from the Boulder, Colo.-based Brewers Association showed a 22% slide in retail dollar sales of craft beer. 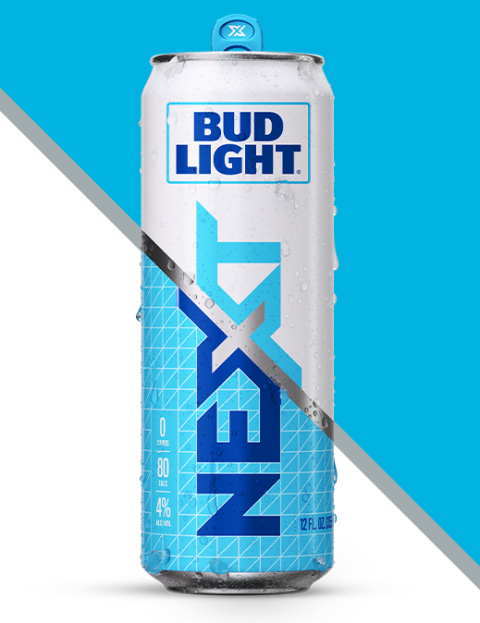 Some of the market for traditional and craft beers has been siphoned off by the red-hot category of hard seltzers and ready-to-drink cocktails. The rise of mocktails among alcohol-avoiding consumers has dented the beer category as well.

Additionally, supply chain bottlenecks that marked the back half of 2021 and are lingering into this year have affected the beer category as manufacturers ramp up for spring demand. A shortage of aluminum, for example, led some beer makers to scramble for cans; Westminster, Colo.-based aluminum can manufacturer Ball Corp. says that it expects shortages to continue to reverberate through 2023. Other issues with supplies of wooden pallets have affected orders and fulfillment, too.

The impact of high inflation likewise can be felt in the beer category, thanks to higher logistics and transportation costs, and rising prices for ingredients like malt and barley. A drought last year led to some of the smallest barley harvests in years.

Meantime, the move toward e-commerce that accelerated during the pandemic is playing out in the retail sector. According to the “2022 Alcohol E-Commerce Playbook,” from global financial services company Rabobank, online alcohol sales in the United States reached $6.1 billion in 2021, and online beer sales topped $960 million. According to Rabobank, online grocers and marketplaces are nearly four times larger than they were in 2019.

As such market forces are catalysts for change, other shifting dynamics are shaping the beer category ahead of a new buying cycle. The consumer market for beer is broader, expanding from mostly white younger men to span a more diverse drinking base. A report by the Brewers Association found that there are now more female drinkers under the age of 25 than male drinkers in that same age bracket. 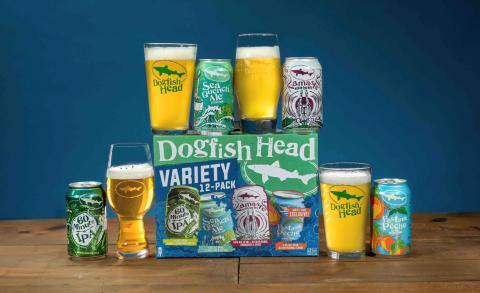 As beer drinkers seek out variety and seasonal flavors, Dogfish Head Craft Brewery is giving them both with its new spring offering.

In this climate, with some nagging challenges and new opportunities, beer makers of all sizes and types are mixing it up to keep the fizz in their category. Grocers, for their part, are planning ahead for the warmer months, when cold beer is particularly appealing to a wide swath of shoppers.

One rite of the spring beer market is the introduction (and reintroduction) of flavors that better reflect the season — or, as the case may be, saison.

Several beer companies, including regional brewers and brands, are out with flavors that have a spring-like taste and look, including many with fruit flavors. For instance, in Texas, the venerable Shiner brand recently released a Strawberry Blonde beer made with strawberries and a combination of pale and wheat malts. Atlanta-based New Realm, which produces beers sold in southern states, has created a new Tropic Dream wheat ale made with passion fruit, blood orange and guava juices.

Given consumers’ interest in experimenting with new flavors and their likely resumption of entertaining at home with beer in the spring and summer, variety packs with spring flavors are also starting to flow into grocery stores. Dogfish Head Craft Brewery recently introduced a spring-themed 12-pack with three cans each of 60 Minute IPA, SeaQuench Ale, Namaste and Festina Pêche, the last of these a sour made with peaches that was so popular that the Milton, Del.-based company brought it back largely based on customer feedback.

Akin to variety packs is the trend of line extensions to mainstay beer brands. While family brands have existed since light versions of traditional beers first made their debut decades ago, more brewers are branching out with new takes on signature beers, like Chicago-based Molson Coors Brewing Co.’s Blue Moon brand, which now includes Moon Haze and Mango Wheat varieties.

Kalamazoo, Mich.-based craft beer company Bell’s Brewery, which offers a spring-release Oberon variety that has become a perennial seasonal favorite, added Tropical Oberon to the mix last year, and is bringing it back in 2022 for a mid-April release.

Some new products have been developed with the growing diversity of beer drinkers in mind. A line of Black is Beautiful stouts and IPAs crafted by 13 regional breweries debuted in at least 300 Walmart locations in February and will be merchandised through March. Portions of the proceeds from sales will be donated to a nonprofit group supporting women and people of color in the brewing industry.

Given consumers’ growing penchant for supporting brands that reflect their values, beers with a sustainability edge are also coming to market. One case in point is a new line of beer from Fort Collins, Colo.-based New Belgium Brewing and e-grocer Imperfect Foods, in San Francisco: a Citrus Rescue IPA made with oranges that might otherwise have been wasted due to surface imperfections. 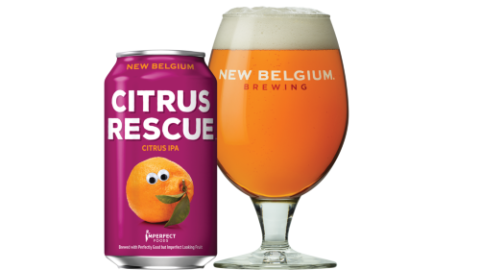 You can have sustainability and drink it, too, as evidenced by a new beer made from upcycled ingredients and created by New Belgium Brewing with e-grocer Imperfect Foods.

Although spring beers generally tend to be lighter than those brewed for cold-weather drinking occasions, the market for light beers doesn’t seem to be tapped out. Of course, light beers have been in demand since the late 1970s, but there’s a new crop of entries designed to appeal to beer drinkers who are minding their health, wellness and waistlines. Earlier this year, for instance, Bell’s Brewery unveiled a low-calorie wheat ale called LoSun that has just 110 calories per serving.

With many consumers seeking to cut down on carbs, beer makers are getting on board with options for those lifestyles. St. Louis-based Anheuser-Busch recently launched its first zero-carb beer, Bud Light Next, which was featured in a high-profile television commercial during the Super Bowl broadcast in February. Bud Light Next contains 80 calories and has 4% ABV per 12-ounce serving.

On the heels of better-for-you offerings in other beverage categories, some beers are also getting the health-and-wellness treatment. Former professional football player Troy Aikman, for example, helped develop a new light lager called Eight that is low in carbs, contains no sugar, and is brewed with “antioxidant-rich” hops and organic grains. For consumers who seek out clean labels, Molson Coors now offers a USDA Organic beer, Coors Pure.

If shoppers are lightening up on carbs and calories as daylight saving time gets underway, they’re also easing up on the actual alcohol content of beer. Grocers can expect this rise in low- and no-alcohol beer to continue, as an estimated 18% of shoppers are buying such products, and about an equal number say that they would be interested in trying them, according to findings from Chicago-based market research firm Mintel. Another report, from Boston-based delivery platform Drizly, showed that sales of nonalcoholic products have spiked 120% on the company’s app since 2020.

In addition to nonalcoholic stalwarts like O’Doul’s, many breweries and brands are coming out with their own low- or no-ABV versions. Half Acre Brewery, in Chicago, for example, offers a 3% ABV hoppy beer called Buzzard that offers a fuller flavor, and this month, Bend, Ore.-based Deschutes is releasing a nonalcoholic version of its porter, dubbed Black Butte NA.

As new beer varieties stir interest in the adult beverage department, merchandising and promotional efforts from grocers and their beer-producing partners will sustain and amplify that excitement.

Some grocers leverage the anticipatory factor when it comes to spring releases. Retailers that carry products with a loyal following, like Bell’s Oberon, promote the launch date and create displays with elements of the season, from lawn chairs to sunglasses to beach buckets.

Additionally, while grocers amp up the experiential side of in-store shopping to keep foot traffic at a steady pace, they can also make their beer area a destination. Lowes Foods, a Winston-Salem, N.C.-based grocer with 80 stores in the Southeast, touts its “Beer Den,” where shoppers can find a wide assortment of beers from around the world. There, shoppers can also have growlers filled to take home.

Although foodservice at retail shrank back a bit during the pandemic, the return to in-store shopping and socializing can help fuel interest in sampling and, in some cases, raising a glass at an on-site bar.  Lowes, for its part, also runs a brewpub called the Cavern at its Five Forks location in North Carolina, where patrons can drink small-batch and limited-release beers.

Similarly, near Chicago, Standard Market offers a space called The Cube, featuring wine, charcuterie, appetizers and craft beers. Other retailers that have tested or opened bars within select physical stores include Whole Foods Market, Wegmans Food Markets, The Kroger Co. and Albertsons Cos., which runs a Talon Tap & Spirits bar at a flagship site in Meridian, Ida.
Finally, even as retailers add new seasonal beers and promotions, they can be mindful of some notable perennial trends within the category. According to the Brewers Association, IPAs and hazy IPAs are still the most popular types of beer in the United States.

At the same time that new beer varieties are rotating in, some beers aren’t necessarily being rooted out. For instance, Waitsfield, Vt.-based Lawson’s Finest Liquids recently unveiled plans to make its pilsner and IPA available year-round, and Buellton, Calif.-based beverage company Firestone Walker has debuted a Hopnosis IPA that it says reflects its “15-year quest to master the West Coast IPA style.”