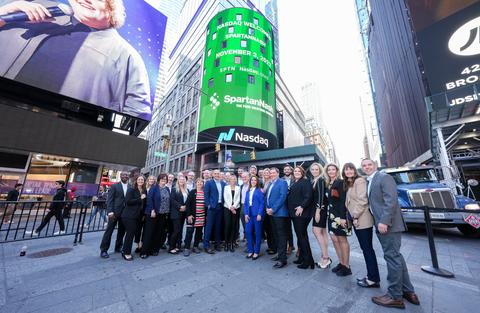 SpartanNash put in a strong performance in the third quarter and has lifted its guidance for the full fiscal year.

SpartanNash is out with its official third quarter results, and the sales numbers bode well for the company that recently made a splash in New York City at its inaugural Investor Day. According to the Michigan-based retailer, net sales and comparable sales were up, along with the adjusted EBITDA for the approximately three-month period.

Driven by increases in the company's retail and wholesale businesses, consolidated net sales at SpartanNash jumped 10.8% during the third quarter to reach $2.3 billion, versus $2.1 billion in the third quarter of 2021. Net sales for its retail operations rose 9.5% to $666.6 million. The food solutions company reported an 8% leap in retail comparable sales for the quarter, an increase that was impacted by overall inflation. Higher dollar sales also led to an uptick in gross profit, which hit $351.2 million compared to $329.5 million on a year-over-year basis.

Adjusted EBITDA rose 11.3% during the quarter and profits were close to $9.5 million, an earnings dip compared to last year. The company attributed the slide to changes in net sales, gross profits and higher operating expenses incurred by higher compensation expenses in a tough labor environment and investments in a merchandising transformation initiative. On an adjusted basis, the company noted, operating earnings rose 16% to hit $33.4 million.

"In the third quarter, we delivered strong topline growth and continued improvements in our key throughput and fill rate metrics, which contributed to our solid third quarter results and our improved outlook for the balance of this year," summed up President and CEO Tony Sarsam, who rang the Nasdaq opening bell on Nov. 3. "We remain relentlessly focused on our People First culture, achieving operational excellence and meeting the needs of our customers. We will continue to execute on our core capabilities to drive results and increase shareholder value."

As it focuses on finishing up a strong fiscal year, SpartanNash announced that it has raised its outlook, now anticipating net sales between $9.5 billion to $9.7 billion, up from the prior projection of $9.3 billion to $9.6 billion. Adjusted EBITDA is likewise forecast to be higher than previously anticipated.

Last week, SpartanNash shared in its preliminary third quarter results that it is combining its food distribution and military operating business into one wholesale operating segment. Going forward, the company will operate in the retail and wholesale segments.