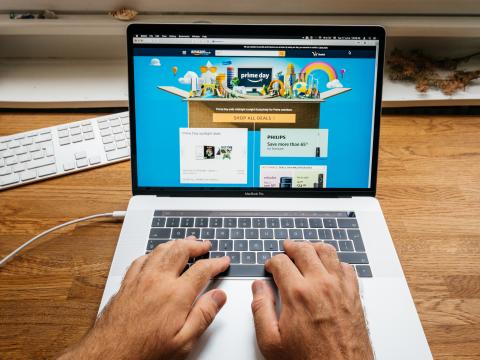 It was a record-breaking Prime Day event for Amazon, as the retailer shared initial results.

Amazon started the week with a bang with its popular Prime Day shopping event on July 12 and 13. Even as some orders are still out for delivery, data is coming in showing hot items and the event’s appeal among deal-seeking, inflation-hit shoppers.

According to Amazon’s internal information, its Prime members purchased more than 300 million items around the world during the two-day promotion, making this month’s event the biggest Prime Day in the retailer’s history. The record was also broken for savings, with Prime customers scoring more than $1.7 billion in discounts.

As for what items got the most clicks, Amazon reports that bestsellers included Amazon devices like Fire TV, Echo and Blink, premium beauty products from Laneige and NuFace, the Apple Watch Series 7, Pampers brand diapers and wipes, and pet products from Nutro, Temptations and Greenies, among other items.

Data company Numerator also took a close look at Amazon’s performance. According to Numerator’s early data, the average order size for the 48-hour Prime Day 2022 event rose to $52.26, up from $44.75 during last year’s promotion. Most (62%) households placed two or more orders, upping the average household spend to about $144.56.

Numerator also reported that grocery items comprised 17% of orders during Prime Day, behind home and garden (22%), apparel and shoes (25%), consumer electronics (27%), health and beauty (28%) and the top category of household essentials, coming in at 29% of orders.

Digging a little deeper, Numerator found that 44% of Prime Day shoppers only considered Amazon for their purchases, while 56% considered other retailers. Just over a third (34%) compared prices before ordering.