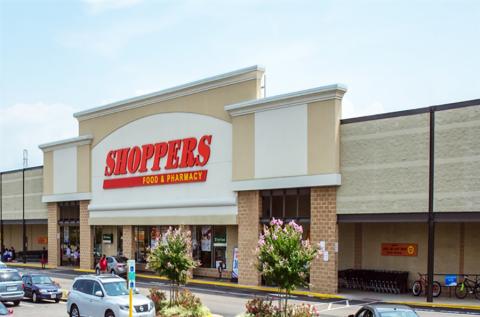 Shoppers has had a presence in the Baltimore-Washington, D.C. area since 1939

A report of administrative layoffs and changes at Shoppers Food & Pharmacy has sparked concern that Shoppers is the next banner that will be sold by its parent company, grocery distributor and food retailer Supervalu.

A source with knowledge of the matter has told Progressive Grocer that Supervalu is eliminating 40 administrative positions at Shoppers Food & Pharmacy headquarters, in Bowie, Md. It also reportedly is transferring merchandising and administrative responsibilities for its Retail-East operations, which consist of Shoppers and the soon-to-be-sold Shop ‘n Save banner, to its Retail-West division, comprising Cub Foods and Hornbacher’s, in Stillwater, Minn.

“This might be Supervalu’s preparation to eventually sell the Shoppers chain,” observed Baltimore-area industry observer Jeremy Diamond, whose family ran the well-known Food-A-Rama chain in the region. “I think Supervalu is making decisions from [its Minnesota] headquarters and focusing on being a dominant wholesaler. However, I feel they are making a huge mistake by not investing in Shoppers stores. Most are located in prime locations. The company has long-standing name recognition and market share in the D.C.-Maryland-Virginia area.”

Further, one of employees reportedly affected by Supervalu’s moves is Shoppers division President Bob Gleeson, whom Diamond described as “an awesome grocer and industry leader. His abilities and talents far exceed [those of] many industry executives.”

Of late, as part of an ongoing business transformation, Eden Prairie-based Supervalu has exited the Farm Fresh banner and revealed its intent to sell its Shop ‘n Save and Shop ‘n Save East retail operations.

At presstime, Supervalu had not responded to a request by PG for comment.