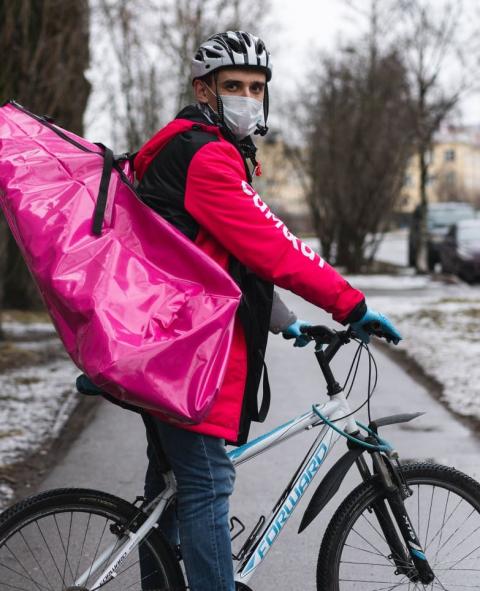 Another international grocery service is setting up shop in the U.S. A high profile instant grocery business in Russia, Samokat, is launching a new service in New York.

Set to begin in August, the Buyk (Russian for “bike) delivery service aims to deliver at least 10,000 orders by the end of the calendar year in that region. Orders will be fulfilled from small local warehouses and delivered by bicycle courier within 15 minutes to shoppers within a one-mile radius.

Partially owned by a state-controlled bank in Russia, Samokat has gotten other backing from global investment firms including CM Ventures, Fort Ross Ventures and Citius. The company – one of the top three delivery services in its home country – is currently hiring riders and operations staff for the U.S. business.

Leaders of the St. Petersburg, Russia-based Samokat say they know that it’s already a competitive market in New York but believe there are opportunities for them. "We understand that there are higher costs in New York. But there is also a higher check,” co-founder Vyacheslav Bocharov told Bloomberg.