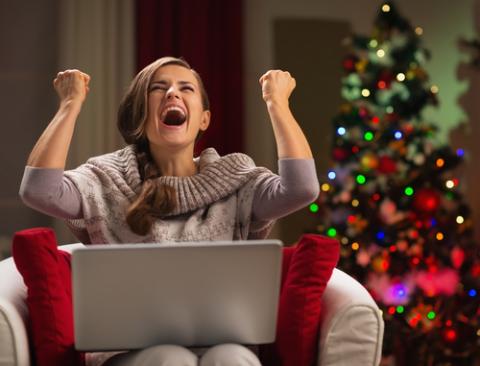 Thirty-nine percent of holiday shoppers looked to emails from retailers for information on deals and promotions, edging out conventional advertising circulars, which were tied with online search, at 38%

Adobe Analytics has reported that Cyber Monday sales set a new record of $9.2 billion, compared with $7.9 billion last year. A large portion of those sales flowed to Amazon, which said Cyber Monday was the highest-volume sales day in the company's history, although it stopped short of disclosing an actual sales figure.

According to Amazon, it delivered millions of grocery items to Prime members in the United States on the five days between Thanksgiving and Cyber Monday. Best-sellers from Amazon Fresh and Whole Foods Market delivery included Honeycrisp apples, lemons and avocados.

The Washington, D.C.-based National Retail Federation (NRF) said that a record 189.6 million U.S. consumers shopped from Thanksgiving Day through Cyber Monday this year, an increase of 14% over last year’s 165.8 million.

The NRF survey found that 124 million people shopped in stores, while 142.2 million shopped on retailers’ websites; demonstrating today’s seamless shopping world, 75.7 million did both. Consumers who shopped in both channels spent an average $366.79, spending at least 25% more than those who shopped in only one or the other.

For the first time, Black Friday topped Cyber Monday as the busiest day for online, at 93.2 million shoppers, compared with 83.3 million. Saturday followed, at 58.2 million; Thanksgiving Day, at 49.7 million; and Sunday, at 43.1 million.

Thirty-nine percent of consumers looked to emails from retailers for information on deals and promotions, edging out conventional advertising circulars, which were tied with online search, at 38%. Mobile devices played a significant role, used by 75% to research products, compare prices or make purchases, up from 66% last year.