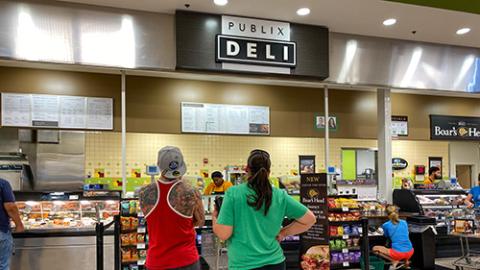 The family of Gerardo Gutierrez, a deli associate at a Miami Beach, Florida, Publix store who died of COVID-19, filed suit against the grocer.

In a move that could have consequences for grocers across the U.S., a Florida family has filed suit against Publix Super Markets Inc., contending that the grocer caused the death of their father from COVID-19, according to a published report.

Publix has not yet responded to a request for comment from Progressive Grocer.

According to the lawsuit, filed Nov. 23 in Miami-Dade County circuit court, Gutierrez was instructed to remain at home after the colleague tested positive for the virus. A few days after that, Gutierrez became symptomatic and tested positive as well.

When Gutierrez fell ill, Publix’s policy was to prohibit its employees from wearing masks, including in the deli, in line with FDA and CDC guidelines at that time. On April 6, the company changed its policy to permit store employees to wear face coverings.

“The sudden passing of our father has been a devastating loss to our family,” Gutierrez’s daughter Ariane noted in a statement supplied to the Journal. “He was a very kind, loving and hardworking man that is greatly missed by many. He was truly loved by the people in his life. Our family is in shock that Publix would prevent its employees from staying safe. Because of its careless decisions, our father is not here with us today.”

Privately owned and operated by its more than 225,000 employees,Publixhas 1,251 stores in Florida, Georgia, Alabama, Tennessee, South Carolina, North Carolina and Virginia. The Lakeland, Florida-based company is No. 12 on The PG 100, PG’s 2020 list of thetop food and consumables retailers in North America.