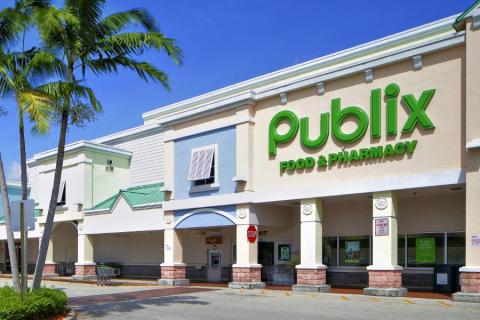 The food retailer is estimating that $1 billion of this increase, or 10.3%, is due to the impact of the coronavirus. A national state of emergency was declared on March 13, so additional growth due to the pandemic in April will likely be seen when the grocer reports its second-quarter results.

“Never before have we experienced a more challenging time,” said Publix CEO Todd Jones. “Our associates’ efforts to serve our customers and communities have been nothing short of extraordinary. I want to thank our associates and couldn’t be more proud to serve alongside them.”

Publix has made a number of changes at its stores as COVID-19 continues to unfold, among them rolling out a touchless payment option, requiring employees to wear face masks, increasing food bank donations and partnering with local dairy farmers.

Net earnings for the first quarter were $667.3 million, compared with $981 million in 2019, a decrease of 32%, which the grocer said was impacted by net unrealized losses and gains on equity securities. Excluding these losses, net earnings for the three months ended March 28 would have been $956.2 million, compared with $741.7 million in 2019, an increase of 28.9%.

Lakeland, Fla.-based Publix operates more than 1,200 grocery stores in seven southeastern states in the Southeast. The company is No. 5 on Progressive Grocer’s 2019 Super 50 list of the top grocers in the United States.