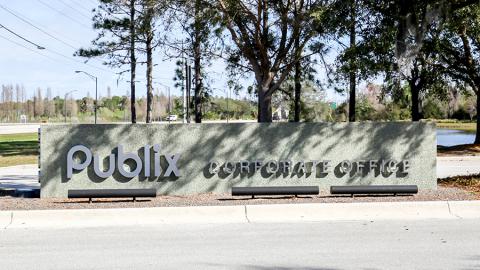 In the two weeks since its launch, Publix Super Market’s initiative to support farmers and feed those in need has resulted in the purchase of more than 1 million pounds of fresh fruits and vegetables and 100,000-plus gallons of milk to donate to Feeding America member food banks.

“We’re proud of the success this initiative has had in supporting farmers and families affected by the pandemic,” noted Publix CEO Todd Jones. “As a food retailer, feeding families is our greatest opportunity to give back, and we are grateful to be able to do so while supporting produce and dairy farmers. During such challenging times, we are even more committed to supporting those in need and doing good, together.”

Introduced on April 22, the effort aims to help farmers and food-insecure families struggling during the coronavirus pandemic by purchasing fruits, vegetables and milk from Florida produce farmers and Southeastern dairies to donate directly to Feeding America member food banks throughout Publix’s seven-state footprint.

Since 2009, Publix has donated more than $2 billion in food to the needy and has pledged an additional $2 billion in food donations over the next decade. Publix Super Markets Charities, which aids nonprofit organizations in the grocer’s operating area, has also donated $2 million to support Feeding America member food banks during the pandemic.

The Kroger Co. has rolled out a similar initiative with its Dairy Rescue Program, which began last month. Under the program, the grocer plans to process and donate about 200,000 gallons of additional milk to Feeding America food banks and community organizations through the end of August.

Lakeland, Fla.-based Publixoperates more than 1,200 grocery stores in seven southeastern states in the Southeast. The company is No. 5 on Progressive Grocer’s 2019 Super 50 list of the top grocers in the United States. Cincinnati-based Kroger, which employs nearly half a million associates who serve 9 million-plus customers daily through a seamless digital shopping experience and 2,769 retail food stores under a variety of banner names, is No. 2 on PG’s list.