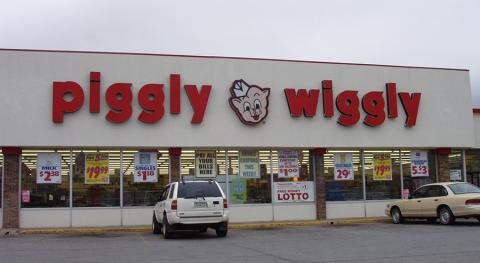 With additional stores converting to the Piggly Wiggly banner, C&S Wholesale Grocers will service a total of 55 Piggly Wiggly locations in South Carolina and southeast Georgia.

A new acquisition is helping to expand Piggly Wiggly’s presence in the Southeast while also aiding Southeastern Grocers Inc. (SEG) in divesting the Bi-Lo brand. Two independent Piggly Wiggly store owners, with the support of C&S Wholesale Grocers Inc., have entered into a definitive agreement with SEG to acquire one Bi-Lo store in South Carolina and one  store in Georgia.

There are more than 600 Piggly Wiggly supermarkets independently owned and operated in several states. C&S supports and supplies the South Carolina and southeast Georgia locations.

“Our independent owners are excited to grow their existing store footprint and expand the Piggly Wiggly brand in the Southeast,” said John Owens, VP and Southeast general manager for C&S. “We look forward to serving our new customers with the high-quality products and exceptional service that Piggly Wiggly stores are known for.”

SEG revealed plans last June to cease operating stores under the Bi-Lo banner. Since then, it has completed a series of transactions, includingselling 62 Bi-Lo stores to Food Lionand 23 stores to Alex Lee Inc. and B&T Foods. By divesting the Bi-Lo brand, SEG is aiming to invest in its Fresco y Más, Harveys Supermarket, and Winn-Dixie banners. In late September, SEG also unveiled plans for a potential initial public offering of its common stock.

Its latest two transactions with Piggly Wiggly are expected to close in mid-January 2021 and are subject to the satisfaction of customary closing conditions. Upon completion of the transaction, the acquired stores will be rebranded under the Piggly Wiggly banner name.

Keene, New Hampshire-based C&S, which services customers of all sizes, supplying more than 7,700 independent supermarkets, chain stores, military bases and institutions with 137,000-plus products, is No. 14 on The PG 100, Progressive Grocer’s 2020 list of the top food and consumables retailers in North America. Jacksonville, Florida-based SEG operates 550 grocery stores, liquor stores and in-store pharmacies throughout the seven southeastern states of Alabama, Florida, Georgia, Louisiana, Mississippi, North Carolina and South Carolina. The company is No. 34 on PG's list.