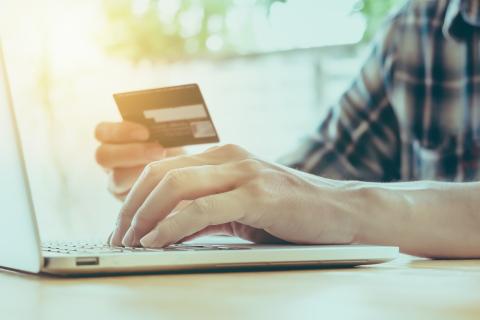 NGA maintains that merchants’ ability to route debit transactions when customers aren’t physically present in stores is being inhibited by the card issuers.

The National Grocers Association (NGA) has filed comments in favor of a proposed rule by the Federal Reserve Board of Governors to enable grocers to choose how to route debit card transactions when customers buy items online.

The Federal Reserve said in May that it would clarify its debit card rules to address card-not-present (CNP) enablement issues. NGA and other retail organizations have expressed their concerns on this topic to the Fed for years, maintaining that merchants’ ability to route debit transactions when customers aren’t physically present in stores is being inhibited by the card issuers. As a result of this, grocers have to use more expensive debit networks to process such transactions. According to industry experts cited by the trade association, the proposed rule could lower the $2.8 billion in annual fees that grocers and other retailers have to pay when customers shop online with debit cards.

“Since the board promulgated its final rule in July 2011 implementing the prohibitions on network exclusivity and routing restrictions, barriers continue to inhibit merchants’ routing choice,” said Robert Yeakel, director of government relations at Washington, D.C.-based NGA, which represents the independent sector of the wholesale and retail food distribution industry. “We ask that the board take swift action to finalize the proposed rule and uphold the entirety of Regulation II requirements for the benefit of U.S. consumers and merchants alike.”

Further, NGA urged the Fed to address the interchange fee rate that grocers pay when customers use a debit card issued by a regulated bank. The fee rate – about 22 cents to 24 cents per transaction – was implemented in 2011 and hasn’t changed in more than a decade, while the costs that banks incur to process debit transactions have fallen significantly. A report from the Fed, released at the time that the board revealed the proposed rule, noted that the average cost to regulated issuers (banks with more than $10 billion in assets) to process debit transactions has dropped by half from 2011, to 4 cents.

“With merchants being charged roughly five times the average cost incurred by issuers per debit card transaction, NGA asks the board to move quickly to decrease the regulated rate, as the current fee standard is neither reasonable nor proportional,” added Yeakel.