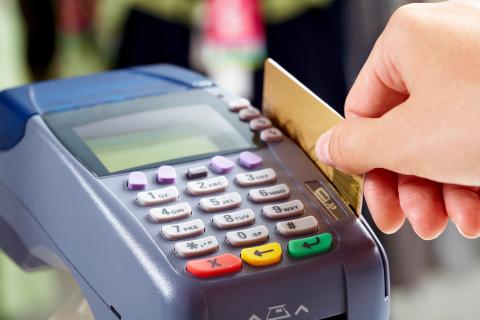 Card processing fees are among retailers’ highest costs, after labor, and drive up prices for goods and services by hundreds of dollars annually.

“The MPC has been concerned about these practices to limit debit routing for years and it’s great to see the Department of Justice looking into it,” said J. Craig Shearman, spokesman for the Merchants Payments Coalition (MPC), a Washington, D.C.-based industry group comprising retailers, supermarkets, convenience stores, gasoline stations, online merchants and others that want to reform the current card system. “Limits on routing have been an issue both for in-store and online transactions, but routing for online transactions is particularly important at a time when online shopping has accelerated so rapidly during the pandemic.”

The Durbin Amendment, passed by Congress in 2010, stipulates that debit cards issued in the United States must include at least two unaffiliated networks ensuring routing options for merchants. That normally includes either Visa or Mastercard in addition to one or more competitive debit networks. The law’s routing provision was in response to Visa and Mastercard’s signing exclusivity contracts with issuing banks, thereby removing competition from the market.

Card processing fees are among retailers’ highest costs, after labor, and drive up prices for goods and services by hundreds of dollars annually.

Earlier this month, to the relief of retailers, Visa and Mastercard delayed nearly $1.2 billion in planned credit card swipe fee increases until April 2022, following a letter from federal lawmakers encouraging them to cancel the hikes.

“At a time when our economy is struggling to recover from the harsh impacts of the pandemic and businesses are fighting to keep their doors open, stores clean and associates safe, major credit card companies made the right decision to call off these harmful and unwarranted fee hikes,” said Leslie Sarasin, president and CEO at Arlington, Virginia-based FMI-The Food Industry Association. “FMI commends their announcement and hopes Visa and Mastercard decide to make this postponement permanent. We remain committed to advocating for reforms in the credit card market that will bring true competition and transparency to the payments space.”

Further, MPC Counsel Doug Kantor observed that “credit card swipe fees paid by U.S. merchants are among the highest in the world. The way these fees are set shows how Visa and Mastercard’s market power allows them to charge more than any free and open market would bear. Rather than just delaying an increase, they need to lower these fees and encourage the banks that issue their cards to embrace competition and transparency. Since they haven’t shown any sign of doing that voluntarily, it’s time for Congress and enforcement agencies to take action.”