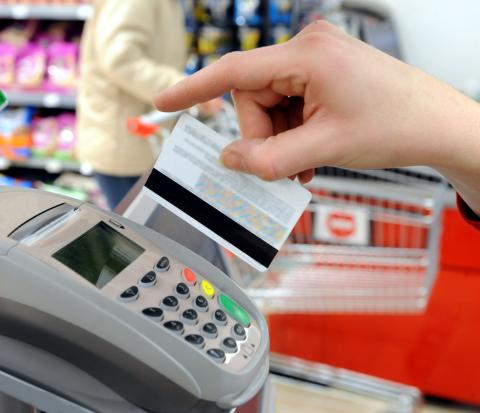 According to independent global payments consultancy CMSPI, the rate increases scheduled by Visa and MasterCard to take effect in April would add another $1.15 billion in interchange costs annually.

The grocery industry has described itself as “extremely pleased” by a letter sent by federal lawmakers encouraging major credit card companies to cancel planned increases in interchange fees, also known as “swipe fees,” which food retailers maintain would be detrimental to businesses and consumers still struggling during the pandemic.

“These increases would come at the worst possible time,” agreed Doug Kantor, counsel at the Washington, D.C.-based Merchants Payments Coalition (MPC), which represents retailers, supermarkets, convenience stores, gasoline stations, online merchants and others (FMI is a member). “Merchants have been struggling for a full year to survive the economic impact of the pandemic and cannot afford an unnecessary and avoidable cost increase. U.S. credit card swipe fees are already among the highest in the world, and now is not the time to increase them.”

“Just as increased vaccination efforts start to give our Main Street business hope for a summer reopening, your companies propose slamming struggling merchants, and by extension consumers, with fee increases,” Durbin and Welch wrote in the letter to the CEOs of Visa and MasterCard. “Raising your fees would undermine efforts to help the economy recover and further reduce Americans’ purchasing power.”

Citing an analysis by Atlanta-based independent global payments consultancy CMSPI, Sarasin and Kantor said that the rate increases scheduled by Visa Inc. and MasterCard Inc. to take effect next month would add another $1.15 billion in interchange costs annually.

The increases would affect Visa and MasterCard’s most prominent credit card programs, as well as online transactions, which have shot up during the pandemic and already carry higher fees than in-store transactions, with merchants saddled with a vast majority of fraud costs online.

Overall processing fees paid by U.S. merchants to accept all card payments came to $116.4 billion in 2019, up 88% over the previous decade, MPC noted, adding that these fees, among most merchants’ highest costs, after labor, drive up prices for goods and services paid by consumers by hundreds of dollars annually.