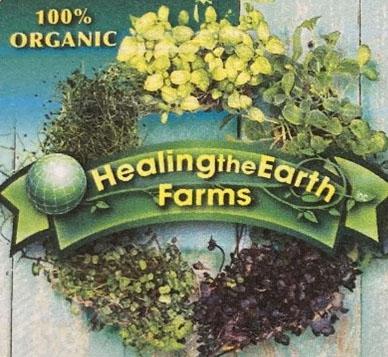 The first harvests from a new urban farming operation in Arizona will be packaged and sent to grocery stores later this month.

Sustainability-focused tech firm Green Planet Group is getting into the urban farming business. The Phoenix-based company is deploying its growing technologies at a farming operation run by its wholly-owned subsidiary, Healing the Earth, Inc.

The new Healing the Earth Farms will grow 100% organic crops on a daily basis, including three varieties of microgreens, using 97% less water and with no soil or chemical fertilizers. According to the company, crops can be grown three times faster than conventional agriculture methods.

Through an on-pack QR code, customers can link to information and recipes on the website. The brand will kick off with a new promotion in which consumers can submit their own recipes, with winners receiving a cash reward.

In addition to sustainable growing practices, the fledgling brand is broadening its corporate responsibility efforts by donating a portion of monthly revenues to nonprofit organizations that support communities in Nigeria and South Susan, Africa.

Products from the new farm will be delivered to some “upscale” grocery stores beginning in late January and early February, Green Planet Group reported.