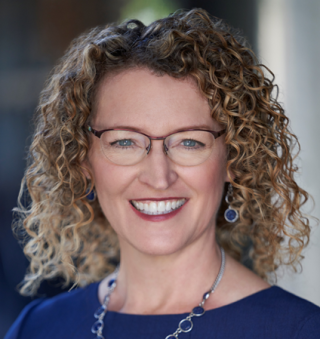 Grocers New Seasons Market and New Leaf Community Markets, independent operators within the Good Food Holdings family of brands, have named veteran grocery executive Nancy Lebold CEO. She joins the banners from Food4Less, a division of The Kroger Co., where her most recent role was VP of merchandising in California.

Before Food4Less, Lebold spent 25 years at Boise, Idaho-based WinCo Foods, where she held several leadership roles throughout the Pacific Northwest, including SVP of retail operations, VP of procurement in Idaho, and VP of general merchandise in Oregon, her home state.

Lebold succeeds Forrest Hoffmaster, whose departure was in line with the business' strategic growth plan.

“As we emerge from the challenges of the past year, I look forward to bringing a people-centric leadership approach to New Seasons Market and New Leaf Community Markets as we reconnect communities around good food,” noted Lebold. “In close partnership with the current senior leadership teams, I’m committed to creating reinvigorated experiences at both banners that offer staff, customers and the communities we serve more reasons to fall in love with us all over again.”

New Seasons currently employs 3,500 associates across 19 stores in Oregon, Washington and Northern California serving a mix of locally sourced and organic items, grocery favorites, and chef-made grab-and-go meals.With five stores along California’s Central Coast, organic and natural grocer New Leaf has been a wholly owned subsidiary of New Seasons Market since November 2013 and is the first grocer in California to achieve B Corporation certification. Both grocers commit 10% of their after-tax profits to the communities they serve.

Known for being the “Supermarket Low Price Leader” in each of the states it operates, WinCo is an employee-owned company that employs more than 19,000 individuals and operates 129 stores and six distribution centers in the states of Washington, Idaho, Nevada, California, Oregon, Arizona, Utah, Oklahoma, Montana and Texas. The company is No. 44 on The PG 100, ProgressiveGrocer’s 2020 list of the top food and consumables retailers in North America.