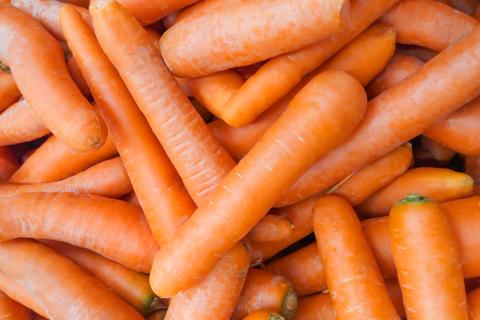 The new District Market Green Grocer in Houston carries a variety of fresh produce items, along with a host of foods and goods sourced from Black-owned vendors.

A new Black-owned grocery store has opened in Houston in what’s been reported as a first for that major Texas city. District Market Green Grocer is the brainchild of a nightclub owner Robert Thomas, who pivoted during the pandemic to operate another customer-oriented business.

The 4,000-square-foot store, which welcomed its first customers in November, offers a variety of grocery items, including pantry staples, fresh meats and produce and heat-and-eat meals such as gumbo pot pie and soul rolls. A fresh juice bar is also onsite.

Thomas works with at least 30 Black-owned suppliers, many of whom are from the Houston area. “Eventually, it will be just products in here and no vendors, just a regular store. I want to be in the running with H-E-B, Kroger, Whole Foods, Trader Joe’s. I want to get to that level, and I’m taking the Black vendors with me,” Thomas told a local television news reporter.

While District Market Green Grocer is said to be the first Black-owned grocery store on record there, Houston is also home to Sunshine’s Health Food Store Vegetarian Deli, a Black-owned specialty market specializing in natural, organic and raw foods. That market was started in in 1983 by Vergis “Sunshine” Bourgeois and is now run by his daughter, Chef Arga Bourgeois.