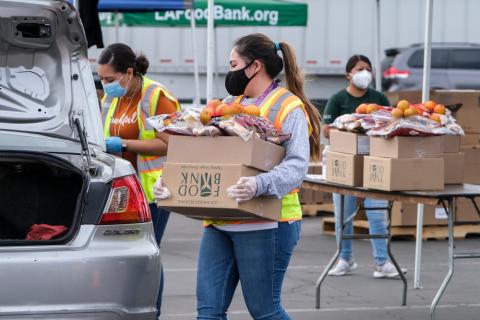 Cynical media types with a bias for sensationalism still lean toward “man bites dog” stories rather than those of grocers that make generous donations to food banks.

September is a special month for Progressive Grocer. We revealed 31 retailer, supplier and solution provider companies as recipients of our inaugural Impact Awards. These companies were honored for exceptionalism in nine environmental, social and governance (ESG) categories. Progressive Grocer is honored to share these companies’ stories of impact, from the local to global level, in a way that’s consistent with our purpose of being ahead of what’s next.

This is a special program at a special time, because the grocery industry’s outstanding efforts have been immeasurable during the 18 months that the pandemic has dragged on. This was the ideal time to launch the Impact Awards, but the seeds of the program were sown decades earlier.

For many years, the outstanding efforts of those in the grocery industry weren’t fully appreciated beyond the tight radius of those whose lives and communities were affected. My first encounter with this phenomenon came roughly 25 years ago. ESG wasn’t a thing yet — companies hadn’t even begun using the phrase “corporate social responsibility” (CSR), which preceded ESG. Sustainability wasn’t talked about much either, beyond a handful of companies.

Most retailers at the time ran their businesses, took care of customers, created opportunities for employees and sought to generate returns for investors. They let the chips fall where they may when it came to corporate reputation, believing that actions spoke louder than words. This was the age of BI (before internet), so if a press release was issued to highlight an effort, the reach was limited and coverage was nonexistent.

It was harder for companies to tell their stories of good works beyond those experiencing the impact locally. This point was driven home in January 1997, while I was attending the grand opening of a Walmart in Rutland, Vt. Walmart was guilty of allowing others to define it, which the company would later acknowledge, so there was a narrative at the time that folks in Vermont didn’t want the company. My former boss thought it was a good idea to have me drive five hours north of New York City to check out the potential fireworks involving angry residents at the grand opening.

Except that there weren’t any. Of course, some people didn’t want the company there, but I recall plenty of happy people being there on a chilly January morning. Owners of nearby businesses were thrilled by the traffic that the new store was expected to attract, and local officials had plenty of kind words.

It was a real “wait, what?” moment, as my on-the-ground experience didn’t match preconceived expectations. In the nearly 25 years since my visit to Rutland, a lot has changed about the grocery industry and a lot hasn’t. It’s certainly easier for companies to manage their reputations by directly communicating with the world, as opposed to through media intermediaries. However, cynical media types with a bias for negativity and sensationalism still lean toward “man bites dog” stories rather than those of grocers that make generous donations to food banks, implement innovative training programs or adopt unique sourcing strategies.

PG’s Impact Awards program can’t change that dynamic, but we can use our sizable media platform to honor exceptionalism and the wide range of ways that it comes to life in the grocery industry. We look forward to leading this initiative for many years to come and to facilitate the sharing of accomplishments and inspiring ideas with others. Doing so will amplify their impact and help the industry at large get ahead of what’s next in a world where shoppers place ever-greater value on companies that make a positive impact.

[Check out the complete list of winners and their stories for this year's inaugural Impact Awards here.]