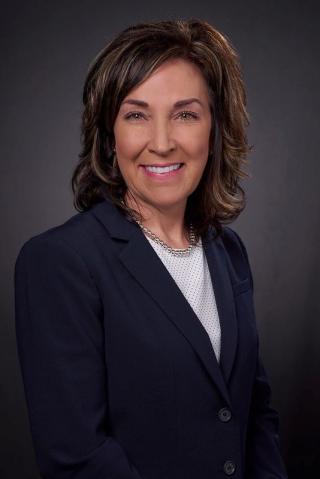 During the virtual program, Lindholz recognized Keyes for his leadership, saying: “I know I speak for the entire industry when I say we truly admire the dedication that Rick brought to the work of Meijer and the work of NACDS over this past year. He has been a strong voice for the role of retailers and suppliers in confronting this pandemic, and most importantly, he’s been a tireless advocate of the partnership approach that makes us all stronger.”

Looking ahead, Lindholz noted: “This past year taught us what’s possible when we move at a pace that matters in a unified direction for a cause much greater than ourselves. I’m inspired by the opportunity that we have to continue that momentum, and I’m humbled to serve in this role alongside of you.”

NACDS President and CEO Steven C. Anderson said: “I know from working with Colleen as vice chair and treasurer that her commitment to the industry and to improving patient care is top of mind and relentless. I also know that all NACDS members will see her enthusiasm for making a difference. She is dedicated to making positive changes and to improving health and wellness. On behalf of the entire NACDS membership, we look forward to her leadership.”

Additionally, four new NACDS board of directors members were elected:

Also, three NACDS board of directors members were re-elected to three-year terms:

The Sheldon “Bud” W. Fantle Lifetime Achievement Award was established in 1989 to recognize exceptional accomplishments and contributions to the industry. The award was renamed in 1996 in honor of Bud Fantle of People’s Drug Stores.

Merlo explained the critical leadership lessons he learned from Fantle during his time at People’s Drug Stores which, in turn, inspired Merlo to focus on two “keys” throughout four decades in the industry: the role of pharmacy and the role of innovation.

In describing the first “key” – the role of pharmacy – Merlo said, “There is no replacement for the personal interaction and relationship between the patient and the pharmacist.”

In describing the second “key” – the role of innovation – he said, “The opportunity to satisfy unmet needs with the consumer and patient in mind – that places a real premium on the interaction with suppliers in developing joint goals and objectives. It also speaks to the role of industry in working with the government at both federal and state levels that allow our pharmacists to practice at the top of their license."

Cincinnati-based Kroger employs nearly half a million associates who serve 9 million-plus customers daily through a seamless digital shopping experience and 2,800 retail food stores under a variety of banner names. The company is No. 3 on The PG 100, Progressive Grocer’s 2020 list of the top food and consumables retailers in North America. Grand Rapids, Michigan-based Meijer operates more than 256 supercenters and grocery stores throughout Michigan, Ohio, Indiana, Illinois, Kentucky and Wisconsin. The company is No. 19 on PG's list. Woonsocket, Rhode Island-based CVS Health is No. 6.