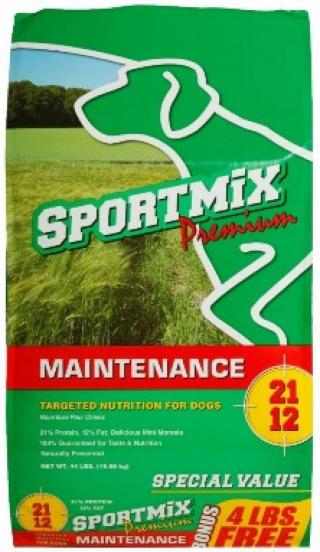 Certain products sold under Midwestern Pet Foods' Sportmix brand were initially recalled on Dec. 30 due to high levels of aflatoxin.

The U.S. Food and Drug Administration recently reported that more than 110 dogs have died and more than 210 have been reported sick after eating certain pet food manufactured by Midwestern Pet Foods Inc. and distributed nationally to online distributors and retail stores.

Midwestern Pet Foods, of Evansville, Indiana, initiated its first recall on Dec. 30 for its Sportmix brand of dog and cat food products after FDA was alerted about reports of at least 28 dogs that died and eight that were ill after consuming certain Sportmix branded products. Multiple product samples of the pet food were tested by the Missouri Department of Agriculture and found to contain very high levels of aflatoxins.

Aflatoxin is a toxin produced by the mold Aspergillus flavus, which can grow on corn and other grains used as ingredients in pet food. At high levels, aflatoxin can cause illness and death in pets.

The company has advised its customers that if their pet shows signs of aflatoxin poisoning, such as sluggishness, loss of appetite, vomiting, jaundice (yellowish tint to the eyes, gums, or skin due to liver damage), and/or diarrhea, they should contact a veterinarian immediately.

On Jan. 11, Midwestern Pet Foods expanded the recall to include additional pet products that contain corn and were made in its Oklahoma manufacturing plant.

A Jan. 12 statement read: “As a fourth-generation family-owned company, Midwestern Pet Foods has been committed to ensuring that our products are safe and nutritious for nearly 100 years. Until recently, throughout our long history, we’ve never had a product recall. ... We continue a thorough review of our facilities and practices in full cooperation with FDA in an effort to better serve our customers and pet parents who put their trust in us.”

FDA is investigating the pet food products manufactured by Midwestern Pet Foods. Although FDA has been made aware of more than 100 pets that have died after eating the pet food, not all of these cases have been officially confirmed as aflatoxin poisoning through laboratory testing or veterinary record review. “This count is approximate and may not reflect the total number of pets affected,” the agency said.

Founded in 1926, Midwestern Pet Foods is in its fourth generation of family leadership. It’s known for producing dry and moist pet food, biscuits, and treats specially crafted in its four company-owned U.S. kitchens.