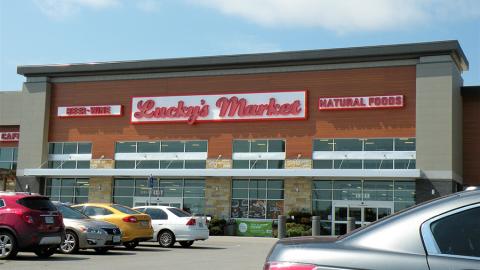 In what appears to be a developing story, on the heels of The Kroger Co.'s decision to divest its interest in Lucky’s Market, the Boulder, Colo.-based natural food retailer is apparently planning to shutter as many as 32 of its 39 stores in 10 states and lay off the staffs of the affected locations, according to a burst of social media messages, various local news reports and a source with knowledge of the matter.

Lucky’s has yet to respond to PG’s request for comment.

“This is due to money running out after [the] Kroger divestment,” the source, who was critical of Lucky’s founder and CEO Bo Sharon’s management of the company, told Progressive Grocer.

In 2016, Lucky’s entered into an agreement under which Cincinnati-based Kroger made a “meaningful investment” in it to significantly accelerate its growth in new and existing markets.

In 2018, Sharon was named among PG’s inaugural class of GenNext Award winners. The program recognizes emerging grocery leaders under the age of 40.

Sharon was honored, among other things, for “adopting a business model that allowed for high-quality products at low prices. … Additionally, Lucky’s stores are more fun and enjoyable to shop than many other supermarkets, with an emphasis on experience and discovery. That philosophy, combined with various products made from scratch daily in the in-house kitchen, has created a unique atmosphere enabling the company to succeed.”

It was unclear which stores would keep operating, or the timeline of closures and layoffs, although at least one local news report said that only one Florida store would remain open, in West Melbourne, with the other 20 locations in the state closing by Feb. 12. Also unknown is the fate of the 14 Lucky’s stores, all in Florida, slated to open this year, according to Lucky’s website. Another local report noted that a location scheduled to open in Denver, in a retail complex due to be completed in spring 2021, has now been canceled.