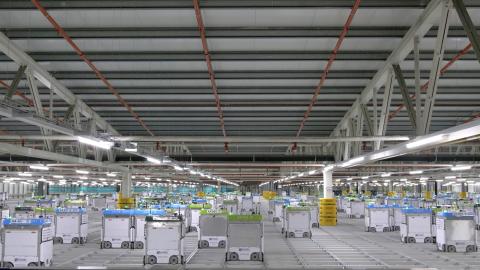 The Kroger Co. has designated Groveland, Fla., outside Orlando, as the site of one of 20 planned customer fulfillment centers (CFCs) as part of its partnership with U.K.-based e-grocer Ocado.

The CFCs are powered by Ocado to accelerate its ability to provide customers with anything, anytime, anywhere. The CFC model – an automated warehouse facility with digital and robotic capabilities, also known as a "shed" – will be replicated to serve customers across America. Last month, the retailer announced plans to build two additional CFCs in central Florida and the Mid-Atlantic region. The first CFC is being constructed in Monroe, Ohio, a suburb of Cleveland.

“Kroger is incredibly excited to construct one of our industry-leading customer fulfillment centers in Groveland, Fla. — a city west of Orlando — through our relationship with Ocado,” said Alex Tosolini, Kroger’s SVP of new business development. “Through our strategic partnership, we are leveraging advanced robotics technology and creative solutions to redefine the customer experience across America.”