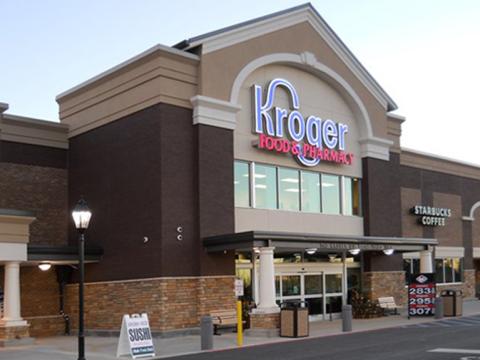 The Kroger Co. is teaming up with the Plant Based Foods Association (PBFA) on an innovative plant-based meat retail concept in 60 stores across the country.

The 3-foot plant-based meat sets will be placed within the meat department in 60 stores across two divisions and three geographies: Denver, and parts of Indiana and Illinois. The stores selected serve broad and diverse customer groups, which will enable representative and scaleable results to be captured.The test is being conducted in partnership with Kroger's data analytics subsidiary, 84.51°, which uses a proprietary suite of tools and technology to turn customer data into actionable knowledge.

“We’re excited to team up with the Plant Based Foods Association to study this category,” said Marcellus Harris, assistant commodity manager in the meat department for Kroger. “The test, which emerged from our partnership with PBFA, will allow us to unearth rich insight regarding how to best merchandise the category and connect with consumers.”

This news comes just a few days after Kroger revealed that it's rolling out an extension this fall of its popular Simple Truth private brand, called Simple Truth Plant Based, which will include fresh meatless burger patties and grinds, as well as plant-based cookie dough, pasta sauces, sausages, deli slices, dips and other items.

“We are thrilled to partner with Kroger on this innovative and exciting project," said Julie Emmett, senior director of retail partnerships for San Francisco-based PBFA. "Plant-based meat sales have been increasing dramatically year over year, even while most of them are placed where only the most dedicated consumers are likely to find and purchase them. We are confident that this test will demonstrate that plant-based meat sales will increase even more when consumers have easier access to them. We applaud Kroger for taking the lead on plant-based meat merchandising, and we are confident that the outcome will be a win for retailers, suppliers and especially for consumers.”

The move by Kroger and the PBFA comes as plant-based activity is heating up among major CPG companies. Hormel announced the launch of its Happy Little Plants brand at investment bank Barclays annual Consumer Conference in early September. The launch is the first under the company’s Cultivated Foods umbrella, although Hormel introduced its blended Fuse brand burger in 2014. Speaking at the same conference, Kellogg announced the launch of its new brand called Incogmeato by MorningStar Farms. The new brand will include nuggets, tenders and burger patties and arrives early 2020.

Meanwhile, Tyson’s new Raised & Rooted brand of nuggets made from plants and burgers made with beef and plants will arrive in 5,000 store by the end of September. Tyson also announced it completed an investment in San Francisco-based New Wave Foods, a plant-based shellfish producer launching a shrimp alternative for food service operators early next year. Tyson President and CEO Noel White said at the June launch of Raised and Rooted that alternative proteins could eventually be a $1 billion business for the company. Two months earlier, Conagra Brands launched numerous new prepared foods products featuring plant-based proteins under its Gardein brand. Launched in 2003, Conagra said Gardein’s compound annual growth rate since 2012 has been 34%.

Employing nearly half a million associates who serve more than 11 million customers daily through a seamless digital shopping experience and 2,761 retail food stores under a variety of banners, Cincinnati-based Kroger is No. 2 on Progressive Grocer’s 2019 Super 50 list of the top grocers in the United States.