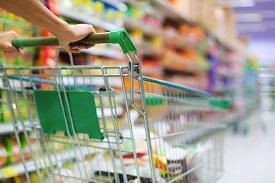 Affluent grocery shoppers number around 42 million in the United States, with household incomes of $150,000 or more

Grocers looking to leverage the opportunity in attracting affluent food shoppers should be following four key strategies, according to a new report.

Reflect the Values of the Natural Channel: Whether they actually shop in natural food stores, affluent food shoppers clearly reflect the food culture of the natural channel. This means that grocers interested in expanding their affluent shopper base need to promote values such as Fair Trade, local sourcing, sustainably grown products, humane treatment of animals, and clean labeling. It also means carrying brands that align with the mindset of affluent food shoppers. For example, brands meeting the expectations of affluent food shoppers often have a philanthropic image and frequently characterize their ingredients and products with terms such as "honest," "authentic," "trusted," "finest," "freshest," natural," "pure," "real" and "safe."

The Market Bistro concept store of Schenectady, N.Y.-based Price Chopper provides one example of how supermarket chains are attempting to continuously improve the quality and desirability of their in-store foodservice offerings. The store includes a full-service sit-down restaurant as well as individually branded foodservice stations. The company transfers menu items to its Price Chopper and Market 32 stores when they've proved suitable for expansion.

Other grocers are bringing in established small local or specialty restaurant brands to diversify their foodservice options. Examples include the Cincinnati-based Kroger Co.— which has partnered with a number of small restaurant brands — and Rouses, an independent grocer based in Thibodaux, La., which has installed a branded Asian stir-fry operation in some of its stores.

Kroger operates nearly 2,800 retail food stores under various banner names, including Ralphs, employing nearly half a million associates, and is No. 2 on Progressive Grocer’s 2019 Super 50 list of the top grocers in the United States. No. 25 on PG's list, the Golub Corp. owns and operates more than 130 Price Chopper and Market 32 grocery stores in New York, Vermont, Connecticut, Pennsylvania, Massachusetts and New Hampshire. With more than 60 stores in Louisiana, Mississippi and Alabama, family-owned Rouses made its debut this year at No. 47 on the list