Fourth-generation family-owned consumer goods companies don’t have a reputation for innovation or risk-taking, but don’t tell that to Ken Wegner, president of Jel Sert. The 95-year-old Chicago-based company is in the midst of its largest new product launch ever with the introduction of SLIQ Spirited Ice, an alcohol-infused freezer pop gaining widespread distribution just in time for peak demand during the summer.

“We’ve been working on SLIQ for two years and are putting a tremendous amount of manufacturing capability and marketing support behind it,” Wegner says of the new brand, which features a rum, vodka or agave base, with three flavors of each. “We think the brand is going to do tremendous things. We have a very large marketing program behind it this year with iHeartRadio and Barstool Sports.”

The brand, while new, isn’t far removed from Jel Sert’s core competency of making freezer pops such as the Fla-Vor-Ice and Otter Pops brands. To bring the new brand to market, however, the company had to establish new distribution relationships and adjust manufacturing capacity to create lines dedicated to packaging a product that will be 8% alcohol by volume.

“We established a national distribution network, which is pretty amazing to do in the first year,” Wegner says. “Most companies that launch an alcohol brand do so regionally and build on it for years. We decided to go national on day one. This is our business. We’ve been making freezer pops longer than anyone in the world.”

Jel Sert's business consists of its own brands, as well as an array of well-known licensed brands.

The Origin of Innovation

Jel Sert is an outlier in a consumer goods world dominated by global branded players. Founded in 1926 by Charles and Lillian Wegner, the company is now on its fourth generation of family leadership and carrying on a legacy of value to shoppers and service to the trade.

“From a consumer perspective, the company isn’t well known, but from a trade perspective, we are well known because of the way we do business and our service levels,” Wegner explains. “It goes back to my grandparents, when they started the business in their kitchen making gelatin dessert mixes and experimenting with gelatin items.”

Charles Wegner survived the front lines of World War I while serving in the U.S. Army in France. Upon returning home, he married Lillian in 1922, and the pair founded the company by combining the words “jelly” and “dessert.”

“My grandfather worked at the Cracker Jack Co. here in Chicago, and he worked on the Campfire Marshmallow brand, and they used gelatin in the marshmallow process, and that’s how he learned to work with gelatin,” Wegner recounts. “Our mission and vision for this business is very similar to what it was in the 1920s. It is about making the highest-quality food and beverage products in the marketplace, but to make them at a value to the consumer. That’s always been important for us.”

Early on, the product offering consisted of desserts, but in 1963, Jel Sert bought the Pop-Ice company, which was making a new type of product called a freezer pop. In 1969, the Fla-Vor-Ice brand was introduced, and in 1996, the Otter Pops brand was acquired, establishing Jel Sert as the leader in the category.

The success of freezer pops and the familiarity that consumers have with the popular treat are key reasons for Wegner’s optimism that SLIQ will be a hit. Unequivocally not a children’s treat, SLIQ will be heavily merchandised on feature displays throughout the late spring and summer to generate trial and capitalize on seasonality.

Jel Sert has high expectations for its newest brand, the SLIQ line of alcohol-infused freezer pops.

The anticipated success of SLIQ promises to change the composition of Jel Sert’s business by increasing the portion of sales that comes from the company’s own brands. That figure is currently about 70%, but Jel Sert also has a contract manufacturing unit that accounts for 20% of revenue, with private-brand products representing another 10%.

“All of the areas are growing, but SLIQ is going to change the ratio,” Wegner asserts. “Our business is unique in that we have our owned brands, such as Fla-Vor-Ice, Otter Pops, Wylers and Royal, and we also have our functional brands, such as All Sport, Super C and Pure Kick. But on top of that we do a tremendous license business with brands from Mars Wrigley, like Skittles, Starburst and Dove; from Hershey, like Jolly Rancher; and from Coca-Cola, we license Hi-C. And we have a major licensed product launch right now with Coca-Cola, a freezable form of Power-Ade.”

When the company does license brands, it turns loose its research and development team and testing lab to get formulations right, leverage its manufacturing capacity, and work directly with retailers on sales and merchandising initiatives.

“No one hands us a secret formula and says, ‘Use this in your product,’” Wegner notes. “We literally are buying products and flavor matching. We are as good as any R&D lab in the world at being able to flavor match.”

When it comes to flavors, Jel Sert looks for those that are trending up, which is the same approach it takes with licensing.

“When we look at licensed opportunities, we look at brands that are becoming increasingly relevant,” Wegner says.

For example, Hi-C was a big brand that was doing well, but it wasn’t growing significantly. However it enjoyed a resurgence after McDonald’s began serving it in restaurants as its orange drink. The company is now working with Welch’s on a powdered version of a passion fruit drink, has introduced a watermelon lemonade under the Wyler’s brand, and is also launching a lemon ginger tea. “Ginger is an ingredient people are interested in,” Wegner observes.

Wegner is 58 and has been president of Jel Sert for about 15 years. A fourth generation of the Wegner family, sons Gavin, 27, and Spencer, 26, lead other key areas of the business and are poised to follow a path similar to their father. Gavin leads marketing efforts for the new brand SLIQ, and Spencer works in the marketing department on licensed programs, at the family-owned company with roughly 1,000 employees.

“We’ve been very blessed that we’ve all gotten along very well,” Wegner says about working with his brothers at the age of 25, after his father had passed away unexpectedly at the age of 58. “Businesses can be very tense and difficult, but we all have the same desires and goals. We are very passionate about this business, because it has been in our DNA, and we are very focused on the service levels we provide customers, whether they are a single store or a major chain.” 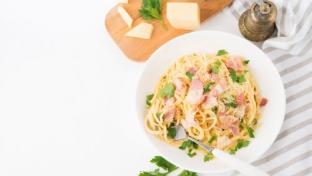 Flavors of the World: Trend Watch

When it comes to ethnic cuisine, consumers are demanding traditional foods, niche items and regional favorites 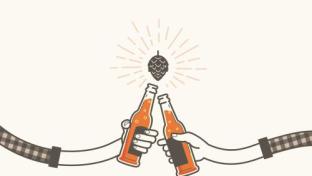 Summer Outlook for Beer, Cider and Seltzer Is Bright

As COVID-19 outbreaks and restrictions ease, beverage alcohol could grow even more popular