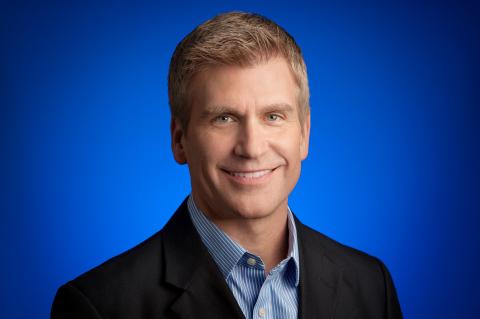 Prior to joining Google, Kirk Perry spent more than two decades at P&G in leadership and marketing roles.

The next phase of IRI's strategic transformation apparently involves naming a new CEO.

The company announced it has hired Google’s president of global client and agency solutions, Kirk Perry, to serve as president and CEO and a member of its Board of Directors, effective May 17.

“I am honored to lead IRI and its immensely talented team," Perry said. "Having managed and supported some of the world’s largest consumer brands in both the consumer packaged goods and technology industries, I have deep appreciation for IRI’s advanced capabilities and its critical role as an insights leader in the industry amidst a dynamic and evolving consumer and marketing landscape. I look forward to building on IRI’s success, market position, and competitive advantages to deepen its connection with clients, ensuring the company becomes an even more valuable partner to companies seeking to drive growth.”

Perry joins IRI from Google, where he served as president of global client and agency solutions since 2013. In that role, Perry was responsible for driving Google's global revenue with the world’s largest advertisers and advertising agencies, helping the company’s biggest global partners grow their businesses more effectively and efficiently.

Prior to joining Google, Perry spent more than two decades at Procter & Gamble (P&G) in leadership and marketing roles, including most recently as president of P&G Global Family Care, a multi-billion dollar global business that included the Bounty, Charmin and Puffs brands. He also served as VP of P&G U.S. Operations and North America Marketing, P&G’s biggest region, with responsibilities that included oversight of the region’s marketing and sales operations organizations. Perry serves on the Boards of The J.M. Smucker Co. and e.l.f. Cosmetics.

Perry succeeds Andrew Appel, who has led a transformation of IRI for nearly a decade, more than doubling its revenue in that time. Appel will remain an adviser to the company and member of the Board of Directors.

“It has been a great privilege to lead this incredible company for nearly a decade and work alongside the most talented, hard-working and good-hearted colleagues,” said Appel. “I’m tremendously proud of what the IRI team has accomplished to date, and I am certain that the company’s best years are ahead as IRI builds on its strong momentum. I look forward to contributing to this future as an adviser and director while ensuring a smooth transition. I’m confident IRI will be in terrific hands with Kirk, given his impressive track record of client leadership, deep experience in technology and media and passion for people.”