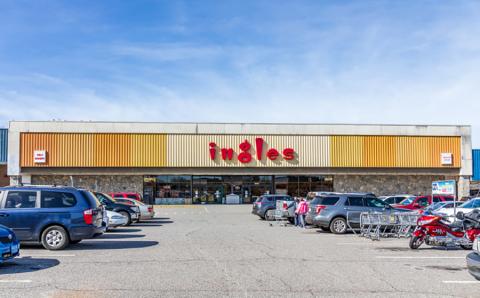 An Ingles store in Statesville, N.C.

Ingles Markets Inc. has reported higher sales and pretax income for the three and six months ended March 30, despite the disadvantageous timing of the Easter holiday. Robert P. Ingle II, chairman of the board of Ingles, attributed the sales increase to “the hard work of our associates.”

For the second quarter ended March 30, the company’s net sales came to $1 billion, an increase of $17.3 million, or 1.8 percent, while its net income totaled $15 million, versus net sales of $984.6 million and net income of $9.3 million for the year-ago period.

For the six months ended March 30, Ingles’ net sales were $2.06 billion and its pretax income came $47.3 million, compared with net sales of $2 billion and pretax income of $37.6 million last year. The company’s net income was $37.2 million and $54.4 million for the comparative 2019 and 2018 six-month periods, however, due to the fact that in fiscal 2018, six-month net income was positively affected by a $26.7 million tax benefit from the passage of the Tax Cuts and Jobs Act of 2017, while this year’s first half had no such tax benefit.

The company’s retail comps for the first half, excluding the effect of gasoline and extra 2018 Easter sales, rose 3.8 percent. Customer transactions and average transaction sizes, both excluding gasoline, increased from the prior-year period.

The grocer’s capital expenditures for the March 2019 six-month period came to $94.2 million, compared with $88.8 million last year. Ingles also continues to make improvements to its existing store base, and expects cap ex for the entire fiscal year to total about $140 million to $180 million.

“We continue to make investments in our company that will benefit many future periods,” added Ingle.

Asheville, N.C.-based Ingles operates 198 supermarkets in six southeastern states. Along with its supermarket operations, the company operates neighborhood shopping centers, most of which contain an Ingles supermarket, and owns a fluid-dairy facility that supplies company supermarkets and unaffiliated customers. Ingles is No. 30 on Progressive Grocer’s 2018 top 50 list of the top grocers in the United States.