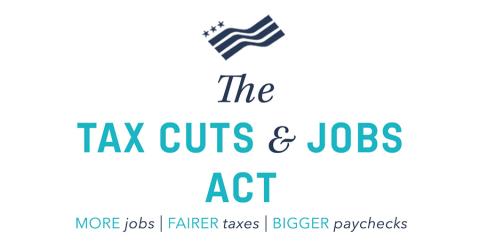 With final passage of the Tax Cuts and Jobs Act accomplished at last after a last-minute U.S. House of Representatives re-vote due to a legislative technicality, and the $1.5 trillion tax package now awaiting President Donald J. Trump’s signature, retailers hailed the move as “a major victory” for industry members and consumers alike, in the words of Matthew Shay, president and CEO of the Washington, D.C.-based National Retail Federation.

Noting that retailers“currently pay the highest tax rate of any business sector,” Shay noted: “Our priorities were clear: Reform must jump-start the economy, encourage companies to invest here in the United States, increase wages and expand opportunities for employees, and protect our small-business community, of which the vast majority are retailers. That’s exactly what this legislation will achieve. Most importantly, this historic tax reform will put more money in the pockets of consumers – the best Christmas gift middle-class Americans could ask for this holiday season.”

Added Kennedy: “A fairer and more competitive tax code will give retailers the ability to modernize stores, invest in their workforce and continue to transform the shopping experience for consumers. The fierce competition of today's retail environment means the ultimate winner in tax reform will be our customers.”

Grocers shared in the general rejoicing in response to the news that the tax reform bill was about to become law.

"Food wholesale and retail are low-margin, high-tax industries that have been waiting for just this type of relief to spur investment and create jobs," observed Jennifer Hatcher, chief public policy officer and SVP for government relations at Arlington-based Food Marketing Institute, adding that the organization "and its members are anxious to see this legislation implemented as quickly as possible.

“The bill dramatically lowers the corporate tax rate and increases expensing levels, which should help fuel improvements in technology and job growth within our industry,” said Hatcher. “It does so while also preserving industry priorities like Last-In, First-Out (LIFO accounting) and the Work Opportunity Tax Credit and does not impose a punitive Border Adjustment Tax (BAT).”

What’s more, according to Hatcher, “Consumers will also benefit from having more money in their pockets, thanks to a doubling of the standard deduction and lower tax rates.”

“This is the most significant piece of tax reform legislation in 30 years,” asserted Pamela G. Bailey, president and CEO of the Washington-based Grocery Manufacturers Association. “It will help spur job creation within the grocery manufacturing industry and provide tax relief for working families. The food, beverage, and consumer products industry has long urged action to fix our broken tax system, which must work in favor of both consumers and manufacturers.”

Speaking on behalf of the independent grocery sector, Peter J. Larkin, president and CEO of the Arlington-based National Grocers Association, said: “Independent grocers across the country can feel more optimistic now that a once-in-a-generation tax reform bill has finally passed Congress and is on its way to the president’s desk for his signature. For years, independent supermarket operators have tried to keep pace with a rapidly changing marketplace while operating in an industry with high effective tax rates on just 1 percent to 2 percent profit margins. This new weight lifted off their shoulders will allow stores to invest more in their companies, employees and communities.

Continued Larkin: “This landmark legislation reflects the hard work of many independent supermarket operators who helped shape the final bill. We’re pleased this historic bill lowers rates for both C-corporations and pass-through businesses, and retains the many important policies that will significantly help entrepreneurs hire additional staff, expand offerings and upgrade their stores. We look forward to President Trump signing the bill into law so independent grocers can be given much-needed and long-awaited tax relief.”

For her part, Hatcher expressed a few minor reservations in regard to the final legislation, as well as praise, noting, “While we would have liked to see more progress in certain areas such as greater parity between the corporate and pass-through rate and full repeal of the estate tax, we’re grateful for a number of changes made during conference, such as allowing estates and trusts access to the reduced pass-through rate. No piece of legislation is perfect, but the tax reform conference report offers food retailers important economic relief."