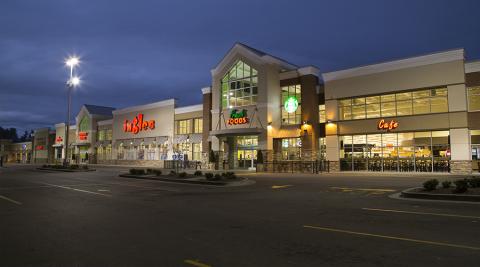 “Our associates’ hard work and dedication contributed to our outstanding sales,” said Ingles Chairman of the Board Robert P. Ingle II. “We will continue to invest in our business for sustainable long-term growth.”

For the 13-week quarter ended Sept. 29, Ingles’ comparable-store sales grew 2.3 percent, excluding gasoline, and adjusted to reflect the same number of weeks in each fourth quarter. Customer count and average transaction size – both excluding gasoline and adjusted to the same number of weeks – were higher for the fourth quarter of fiscal 2018 compared with the year-ago period.

Ingles’ gross profit for the fourth quarter of fiscal 2018 totaled $256.4 million, versus $261.3 million last year. Gross profit as a percentage of sales was 24.2 percent and 24.0 percent for the 2018 and 2017 fourth quarters, respectively. Excluding gas sales, the company’s retail grocery gross margin was higher in the September 2018 fiscal quarter than in the September 2017 fiscal quarter.

Net income for Ingles’ September 2018 quarter came to $18.4 million, compared with $19.4 million for the year-ago period.

For the 52-week fiscal year ended September 2018, Ingles’ comps rose 2 percent from fiscal 2017, excluding gas and adjusted to reflect the same number of weeks in each fiscal year. The number of transactions and the average transaction size were both higher in fiscal year 2018 compared with the prior year.

The income tax benefit for Ingles’ fiscal year 2018 totaled $17 million, compared with income tax expense of $30.4 million for fiscal year 2017. The company primarily attributed this reduction in the federal corporate income tax rate to the passage of the Tax Act.

The grocer’s capital expenditures were $150.5 million and $127.7 million for fiscal years 2018 and 2017, respectively. During fiscal 2018, Ingles opened five new store buildings and closed four stores, some of which were or are being rebuilt. Additional store improvement capital projects in fiscal 2018 focused on enhanced merchandising, convenience and product selection.

Asheville, N.C.-based Ingles operates 200 supermarkets, as well as neighborhood shopping centers, most of which contain an Ingles supermarket, and a fluid-dairy facility that supplies the company’s supermarkets and unaffiliated customers. Ingles is No. 30 on Progressive Grocer’s 2018 Super 50 list of the top grocers in the United States.