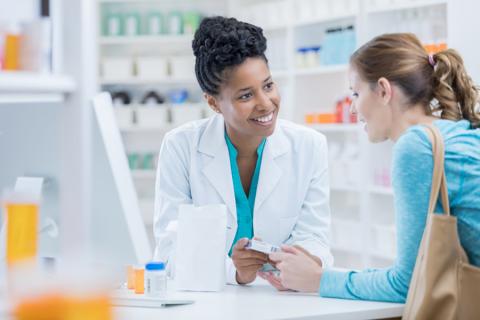 The grocery industry will continue to push for pharmacy DIR reforms, despite the release of a final drug-pricing rule that failed to enact them

The Food Marketing Institute (FMI) and the National Grocers Association (NGA) have voiced their “disappointment” regarding a final drug-pricing rule released May 16 that, according to the Arlington, Va.-based trade organizations, fails to reform pharmacy direct and indirect remuneration (DIR) fees.

“The administration missed the mark and an opportunity to effectively lower beneficiary out-of-pocket costs, while also stabilizing the operating environment for retail pharmacies,” noted Peter Matz, FMI’s director, food and health policy. “Specifically, DIR fees are being used strategically by pharmacy benefit managers to recoup funds from pharmacies retroactively, often weeks or even months after prescriptions were filled. According to the proposed rule itself, these fees have increased 45,000 percent in recent years. And, in an industry that operates on razor-thin profit margins, supermarket pharmacies have virtually no ability to absorb these unexpected costs.”

Matz added that the association “will be looking at all options, including congressional action, to address the anticompetitive practices that are driving up drug prices and threatening both supermarket pharmacies and the customers they serve.”

FMI member companies operate nearly 33,000 retail food stores and 12,000 pharmacies, with independents operating about 3,000 of them.

In January, NGA, which advocates for the independent grocery sector, filed comments on the then-proposed rule, in which it warned that DIR fees would adversely affect independents that operate pharmacies.

“While we are still reviewing the 200-page final rule, we were disappointed that the final rule fails to enact reforms to pharmacy DIR,” NGA EVP Greg Ferrara told Progressive Grocer in an email. “Pharmacies operated by independent supermarkets have seen a tremendous and unexplainable increase in retroactive pharmacy DIR in recent years. NGA will continue to call on the Trump administration and Congress to address these out-of-control fees that jeopardize the future of local independently owned pharmacies across the country and the communities they serve.”