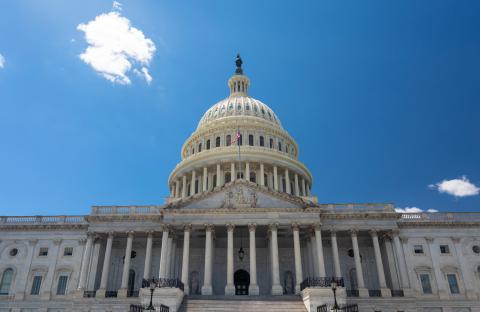 Political engagement is a must for indies of all sizes to advance important issues and resolve major pain points.

After a day of meeting with congresspeople and their staffs on Capitol Hill as part of the National Grocers Association’s (NGA) Fly-In for Fair Competition in early June, independent grocers Michael Gay, owner and manager of Food Fresh, in Claxton, Ga., and Mike Stigers, CEO of Stillwater, Minn.-based Cub Foods, a United Natural Foods banner operating about 100 stores, spoke with Progressive Grocer about how engaging with federal lawmakers helps businesses like theirs affect positive change in the independent grocery sector, particularly in regard to antitrust issues that keep indies from competing effectively against the major players.

“Just like anything else in the world, once you can make it personal with somebody, it makes them care about it,” explained Gay, who in May testified before a House committee on the effects of the baby formula shortage on his rural southeastern Georgia community. “So when you get up here and talk to a congressman or a senator, and give them a story that they can retell, it really brings it home for them, and they understand all these things that everybody’s been telling them, [and] you see the value in it. Nothing ever happens overnight. You don’t just go in, present it and go, ‘Yeah, home run.’ No, it takes work, and you got to educate people on why this is important. It’s our job to tell the story of why we need these things changed, or why we need these laws enforced for antitrust to make it a fair fight.”

According to Stigers, the meetings enable indies to share “the positive consequences of legislation and the unintended consequences of legislations. It’s really pointed, direct, and it’s meaningful. In a 20-minute meeting with a representative or a senator, you could get right to the point, just cut to the chase: ‘Here's what the issue is. Here's what the ask is. Here’s where the support's coming from.’ What the staff at NGA does so well is they bring it all together for us, so we have a very concise talking point of what the issue is, so it’s right to the point.”

The contact with federal lawmakers continues well beyond the fly-in, however. “They’ll get some follow up emails,” noted Stigers. “We’ll follow up with their district staffs back home, when we see them. When you think about it, a lot of our independent members and customers know their elected officials, and they shop in their stores. I think that the follow-up will be natural because it should be. Then NGA, of course, will have all the legislative followers for us. We’ll get a package from NGA when we get back home, saying, ‘Thanks for participating. Here’s your to-do list.’”

On the issue of antitrust, Stigers said: “I’m very proud of our industry. I think there’s so many good things going on in our industry, and I have tremendous respect for the big companies. I work for a very large company, but I have huge respect for the mega-companies. Through unintended consequences, I think sometimes things get out of kilter. That’s why you’ve got to get things back on track. Let’s just level the playing field. Let’s go to work.”

The key takeaway of the event was that political engagement is a must for indies of all sizes to advance important issues and resolve major pain points. As Gay pointed out, “If you don't think politics matters in your store, you’re naïve.”

For nearly 40 years, Washington, D.C.-based NGA has advocated across both sides of the aisle for policies that will ensure the the independent supermarket industry continues to grow and creates jobs in communities throughout the United States.