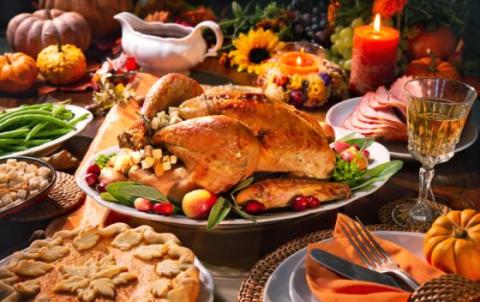 While conversations about the “grocery wars” today often center around price, a new study showed that consumers prefer to shop at food retailers that offer the best quality over those with the lowest price tags.

In fact, quality was the highest-ranking factor (31 percent) that consumers consider when choosing a food retailer, according to the State of Grocery Retail Report from Durham, N.C.-based heating and cooling solutions provider Phononic.

The study, which surveyed more than 2,000 U.S. consumers, uncovered insights into shoppers’ routine patterns, as well as specific trends during the busy holiday season. Additionally, the study looked to evaluate how preferences are evolving as younger Millennial and Gen Z consumers increasingly become a dominant buying cohort.

“With the rise of ecommerce, consumers have come to demand convenience and a seamless experience no matter where they shop, and brick-and-mortar retailers are increasingly embracing advanced in-store technology to compete in the digital age,” said Nicole Scott, senior product manager for food and beverage at Phononic. “This survey also clearly shows that solid-state freezers and refrigerators at checkout can help innovative grocery retailers meet the high consumer demand for quality and convenience – ultimately improving brand loyalty.”

The report, released earlier this year, found that 89 percent of consumers want to shop in a grocery store that understands how to make buying groceries an easier or more efficient experience.

Convenience is even more critical during the often stressful and busy holiday months, with 55 percent of consumers feeling that grocery retailers could make their lives easier this holiday season by grouping holiday items in one area of the store. The youngest demographic polled (age 18 to 24) were especially drawn to convenience, with a quarter of respondents in this age group wanting to see popular items at checkout (26 percent) and pre-made holiday meal offerings (24 percent).

The good news for retailers is that consumers – across age groups – are most often loyal to one grocery store for the majority of their shopping, with just under a third (29 percent) identifying themselves as loyal shoppers.

However, this trend shifts when looking at Millennial and Gen Z consumers. Thirty-four percent of 18- to 24-year-old respondents identify themselves as bargain hunters, demonstrating that food retailers must foster loyalty among this demographic. The study also found that the holiday season can impact loyalty, with 34 percent of consumers noting that during the holidays they make several trips to a variety of different stores for food shopping.