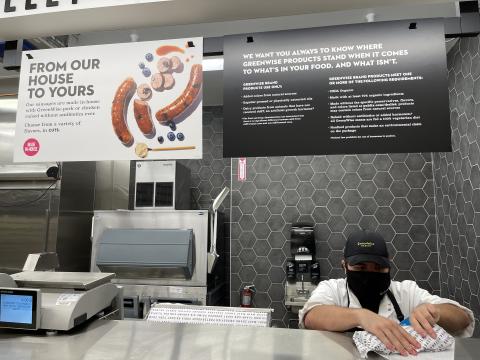 More and more food industry companies are finding that diversity is not only the right thing to do, but also a means to create a sense of belonging and compete for the best talent.

As the grocery industry confronts a mass shift to e-commerce, rising wages and a war for talent, food retailers and suppliers are focusing on diversity initiatives.

Deloitte, in partnership with FMI -- The Food Industry Association, has published a new report detailing how food industry executives are thinking about diversity, including the progress made and the specific policies that make a difference. The second in a series of reports examining how food retailers and suppliers are approaching the future of work emphasizes that diversity is not only the right thing to do, but also a means to create a sense of belonging and compete for the best talent.

Key highlights of the report include:

Recruiting and retaining talent tops the list of workforce challenges in the food industry — reflecting an industry confronting rising wages, employee expectations and competition for workers.

Among the many tactics deployed to address the issue, there's evidence that the food industry is embracing a cornerstone strategy: Emphasizing diversity not only as the right thing to do, but also as a means to create a sense of belonging and compete for the best talent in the marketplace.

Arlington, Va.-based FMI surveyed industry executives to understand the overall state of the future of work in the food industry. This meant probing into how the workforce, workplace and even the nature of work itself are changing. Discovered in the process was just how prominently diversity features in the industry’s plans to build toward the future.

The report surveyed more than 150 U.S.-based executives at consumer packaged goods (CPG), food manufacturing and processing companies, as well as grocers and other food retailers.

Additionally, FMI conducted in-depth interviews with 15 industry leaders to interpret survey findings and to understand more clearly what is happening inside their companies. The survey and interviews took place in April and May of 2021. The report also includes Deloitte analysis of data from the "Missing Pieces Report," which is a culmination of a multiyear effort by the Alliance for Board Diversity examining and chronicling the representation of women and other historically marginalized people on public company boards of directors across America’s largest companies.

See the rest of the report, as well as the first "Future of Work" report, here.