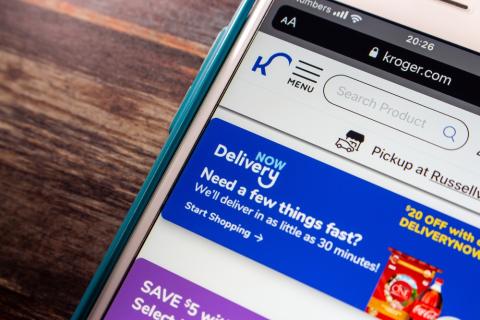 Data provided by 84.51° helped Kroger understand the benefits of running one of its digital promotions at scale.

When The Kroger Co. ran its “Save $10 when you spend $75 or more on your trip” digital coupon, the food retailer was hoping it would bring in new customers and increase sales. While this ultimately wasn’t the case, findings from its retail data science arm, 84.51°, helped Kroger carefully plan out its next steps regarding the promotion.

In order to find out how effective the digital coupon was, 84.51°’s Enterprise Price & Promotion team conducted controlled store testing and customized research to analyze its impact and identify actionable insights. According to 84.51°’s findings, the promotion did not bring in a significant number of new customers as hoped, but it did attract previously lapsed customers that hadn’t shopped at Kroger over the previous four weeks.

Further, the team found a positive sales-to-cost ratio, and testing also indicated that total customer spend was higher at stores that offered the digital promotion. As a result, Kroger was urged to run the promotion again, since scaling the effort would be worth $36 million in incremental revenue.

With this data and information in mind, Kroger chose to ramp up the promotion across more stores through its website, email and in-store signage. According to a case study from 84.51°, gaining an in-depth understanding of the promotion’s performance and impact will give Kroger the ability to optimize future promotions.

PepsiCo also recently teamed up with 84.51° to capture and leverage data at scale. After using the company’s Collaborative Cloud, PepsiCo shared some of its learnings and supplied advice for CPGs across the spectrum, including creating the right structure, prioritizing the right work that will have the greatest impact and giving new teams space to learn.