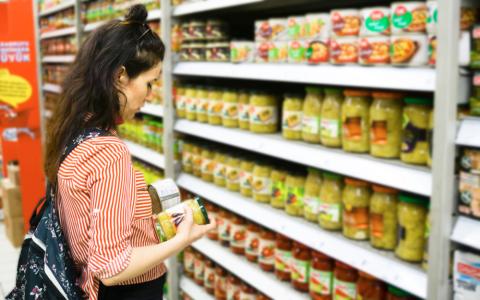 The COVID-19 pandemic remains a source of disproportionate distress for low-income Americans. Already hit with more cases and deaths than higher-income customers, they again face disparity amid persistent inflation. This is particularly true with food inflation, which reflects the shortage and rising prices of commodities, lack of available labor and greater transportation costs. Food companies generally respond to inﬂation by, among other things, raising consumer prices, but there are ways to lessen the pain for low-income consumers.

We looked at data on sales of groceries in the United States for the past two years obtained from Information Resources, Inc. (IRI). We defined households with annual income below $35,000 as low-income, $35,000 to $70,000 as mid-income and more than $70,000 as high-income. Our analysis found that low-income shoppers suffered disproportionately for two key reasons:

Price increases tend to be sticky, and while the low-income customers may start availing more deals gradually, the gap between them and high-income shoppers is likely to remain even if inflation comes back to the long-term average. How can industry and government collaborate to provide them relief and correct persistent disparities? Here are some ways to benefit not only low-income shoppers but also the brands and retailers.

First, low-income neighborhoods need greater access to broadband internet to price-shop across offline and online stores. In 2020, the U.S. Federal Communications Commission (FCC) launched the Emergency Broadband Benefit program, which offers one-time discounts for equipment like tablets or laptops and up to $50 per month toward broadband service. FCC should measure the effectiveness of the program and improve it further.

Second, customers in so-called “food deserts” need more grocery shopping options. The “Healthy Food Access for All Americans” act, currently under consideration, would create tax credits for new grocery store construction and for retrofitting the health-food sections of existing stores in food deserts. These types of incentives are a good starting point.

Third, more online retailers need to support the SNAP program. Walmart and Amazon were among firms that participated in a pilot program that allowed SNAP participants to select and pay for groceries online. The program, which allows shoppers to use electronic benefits transfer (EBT) cards to pay for groceries, now has participating retailers in 46 states and the District of Columbia. It needs to bring in more retailers.

Fourth, low-income customers need better access to supermarkets and chain stores. Access to public transportation is almost nonexistent in rural areas, and many services in urban areas are cutting back. Around $25 billion in COVID relief funds went to transit agencies but many of these agencies remain in financial distress.

For retailers and brands, the solutions to these challenges don’t have to be only an expense – they can be investments in opportunities. For instance, enabling EBT card payments may increase sales of private labels at retailers’ websites. They also can employ some creative strategies, such as aggregating orders from a community to ensure their orders qualify for free home delivery. Savvy entrepreneurs can serve these markets profitably too. For example, similar to food trucks, they can deploy grocery trucks (stores-on-wheels) to sell fresh produce, meats and packaged goods.

To conclude, the governments and industry (as well as non-profits) have to work together to ease the disproportionate burden on lower socioeconomic classes. Poverty costs society billions of dollars annually in lost economic productivity and increased costs for health care. Closing gaps in prices for low-income customers, therefore, not only figures to benefit brands and retailers by lifting overall sales but deliver greater good as well.