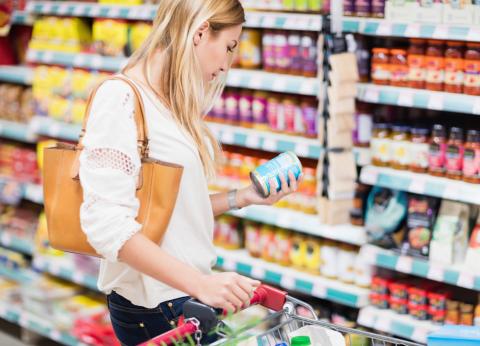 The second in a six-month series of reports on grocery shopping in the U.S. shows that 4 of 5 consumers buy at grocery stores fairly often.

There’s been a steady drumbeat of news about inflation, labor shortages, supply chain hassles and high-profile recalls during much of the first half of 2022, but the latest installment in a six-part series on "U.S. Grocery Shopper Trends" from FMI - The Food Industry Association reveals positive news for the grocery industry.

Conducted in partnership with The Hartman Group of Bellevue, Wash., the second monthly report highlights shopping trends and includes topics like shoppers’ store choices and their weekly spend. The good news: 39% of consumers say they either like or love grocery shopping, many of them younger adults who will shape the future of food retailing.

Also buoying the state of grocery shopping is the fact that people have established connections with their respective supermarkets. This research found that 90% of consumers trust their grocery stores to ensure food safety and many report that their grocer is working with them to stay healthy, even as they understand that they are responsible for ensuring that what they buy at the grocery store is nutritious.

Supermarkets remain the most frequently-shopped channel, with four out of five shoppers saying they buy at grocery stores “fairly often.” In another positive finding for grocers, the research affirms that a shopper’s primary store gets an average of 70% of their grocery spend.

That’s not to say that traditional grocers don’t have competition from other retailers. According to survey results from FMI and The Hartman Group, shoppers use an average of four channels and nearly five different banners to get what they need for their households. More than two-thirds (65%) of consumers shop at mass retailers fairly often and 44% shop at club stores fairly often.

That topic will be tackled more in depth in next month’s installment from FMI and The Hartman Group. The third part of the series will focus on the omnichannel and how shoppers are increasingly taking a hybrid approach to grocery shopping.