Target plans to expand its Order Pickup and Drive Up services to include fresh grocery.

The next phase of Target’s strategic transformation will include the addition of fresh grocery and adult beverages to its Drive Up and Order Pickup services, as well as the launch of a new c-store size format.

At its annual investors meeting Tuesday, held shortly after reporting fourth quarter and fiscal year earnings, the Minneapolis-based retailer provided an update on several initiatives as part of its three-year, $7 billion transformation plan launched in 2017.

"Target is winning in the marketplace because of our differentiated investment strategy, durable financial model and our team's incredible work in reinventing the Target run to deliver a shopping experience like nothing else in retail," said Brian Cornell, chairman and CEO of Target. "As we look to 2020, we'll continue to elevate our popular same-day services and expand our ambitious small-format and remodel programs to create an even easier and more convenient experience that inspires our millions of guests to keep shopping Target in new and different ways."

In this, presumably, the final year of Target’s strategic plan, the retailer says it intends to keep investing in physical stores and ecommerce. Since 2017 the retailer has also launched multiple new grocery and apparel private brands, and inked deals with national brands such as Disney and Boar’s Head.

In 2020, the next step for Target in inspiring shoppers will come in the form of offering an assortment of fresh grocery and adult beverage items via Order Pickup and Drive Up fulfillment. This move would of course put Target in direct competition with Kroger, Walmart and many other food retailers that offer online grocery pickup.

According to Target, Drive Up saw sales growth of more than 500% in 2019, and Order Pickup saw sales growth of nearly 50%. Now shoppers will be able to order popular grocery items such as milk, eggs, bananas and more, and have their items delivered directly to their car or ready to pick up at a Target store (previously, fresh groceries were not available for Drive Up or Pickup service).

Target says its small format stores contributed more than $1 billion in total sales in 2019. Following the opening of its 100th small-format store last year, 2020 will be the biggest year to date for Target's small-format expansion, with nearly three dozen new stores. Throughout 2020, Target will be adding Drive Up to dozens of small-format stores across the country that have parking lots.

Target says it will also begin exploring sites for stores that are approximately 6,000 square feet – roughly half the size of its smallest small-format store – reaching even more shoppers in urban neighborhoods and on college campuses. The first store lease is expected be signed in 2020, with an opening date in 2021. Target executives say they see the potential for hundreds of these kinds of locations down the road.

Target says it remains on track to complete more than 1,000 store remodels nationwide by the end of 2020, with plans for about 300 remodeled stores this year. The average sales lift of a remodeled Target store has been in the range of 2 to 4% in year one, with an average of more than 2% in the second year, the company reports.

As part of its remodel program, Target says it will test a new front-of-store layout that "creates an even more welcoming first impression, with fresh flower displays, a curated product assortment, and lower walls and counters to make it easier for team members to offer helpful service to guests." Target will also introduce a transformed electronics department in 200 stores this year, followed by 200 more stores in 2021.

To increase the speed and efficiency of its supply chain, Target says it will begin scaling robotics solutions that have been in development and testing across the country to replenish inventory to hundreds of stores by the summer of 2020. The technology enables precise sorting on an aisle-by-aisle basis to help store team members fill shelves easier and faster while reducing backroom inventory.

On Tuesday, Target reported earnings that beat Wall Street expectations, but revenue fell short because of weak holiday sales (as the retailer had previously warned).

In Target’s earnings call Tuesday, company leaders said the coronavirus has not had a large impact on its business or its guidance. Cornell said the company has formed a team that meets daily to discuss potential factors, such as the rate of workers returning to factories and the state of ports, CNBC reported.

Cornell said the retailer has seen “aggressive shopping” as people across the U.S. respond to rising coronavirus cases. He said it is increasing inventory to keep up with heightened demand for household essentials and food and beverage. He said the “surge in store traffic” has underscored the importance of brick-and-mortar locations, even as more of its customers shop online.

For the first quarter of fiscal 2020, Target said it expects $1.55 to $1.75 earnings per share and same-store sales to grow in the low single digits.

“Target is still a brand in relative flux, with growth in certain areas being balanced out by shortcomings in others. Target is leading the way in showcasing how a company can expand its ecommerce capabilities and get same day services right. However, while investment in same day and store experience seem to be paying dividends, Target needs to figure out what has been going wrong in key product verticals such as electronics and toys which continue to be a pain point for the brand and where other companies – such as Amazon – are strong,” said Kelly Lynch, Retail Solutions Manager at ActiveViam.

Target operates more than 1,800 stores, 39 distribution centers and Target.com. The company is No. 15 on Progressive Grocer’s 2019 Super 50 list of the top grocers in the United States. 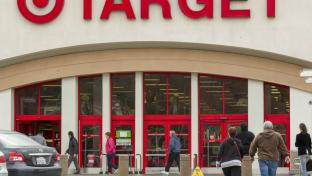 How Target Plans to Win Grocery 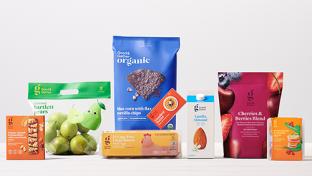 Good & Gather launches Sept. 15, while Archer Farms and Simply Balanced will be phased out 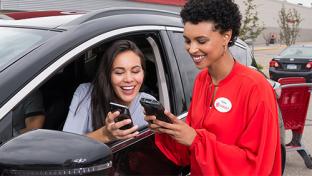 But retailer reports weak sales of toys and electronics during holidays 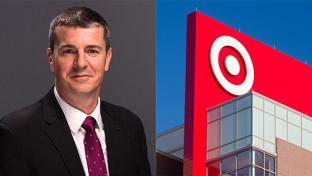 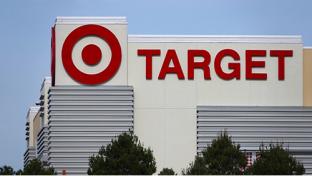 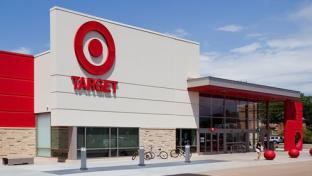 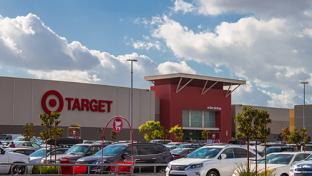 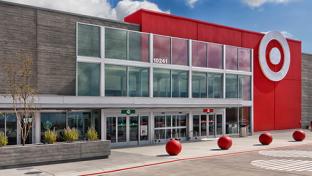