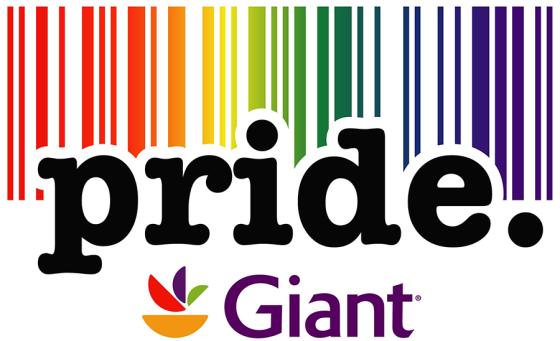 Giant Food is also slated to take part in the Washington, D.C., and Baltimore Pride Marches on June 8 and June 15, respectively, highlighting the new logo during both events on a banner, as well as having a parade truck staffed by associates. These activities have been a focus for Giant Food’s Pride Business Resource Group, which facilitates LGBTQ inclusion for the retailer.

“The D.C. area has the highest number of self-identifying LGBTQ people in the U.S. – with 9.8 percent of area’s entire population identifying as LGBTQ, and Giant Food is proud to celebrate and support them,” said Gordon Reid, president of Landover, Md.-based Giant Food and executive sponsor of the Pride Business Resource Group, citing information from the Williams Institute at the UCLA School of Law. “Giant is always looking to expand our efforts that uphold our Better Place to Shop and Better Neighbor initiatives, including same-sex greeting cards, internal support networks for LGBTQ staff, and mentorship programs for the local community.”

Giant Food operates 164 supermarkets in Virginia, Maryland, Delaware and the District of Columbia, employing about 20,000 associates. The banner's parent company, Ahold Delhaize USA, is No. 4 on Progressive Grocer’s 2019 Super 50 list of the top grocers in the United States.