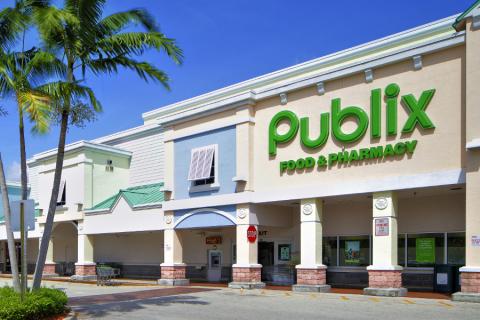 Three grocers operating in different areas of the country have been recognized by their own employees for their commitment to employing a diverse workforce.

Employees of Publix Super Markets, Wegmans Food Markets and West Coast grocer Nugget Markets gave enough praise to get the three grocers ranked among the 100 companies listed on the Great Place to Work Institute's Best Workplaces for Diversity 2018 list. Among those recognized, Publix is No. 3; Wegmans is No. 4; and Nugget is No. 82.

More than 4 million employees nationwide were surveyed for the list, all of them asked about camraderie within their workplace environment, company values, company trust and leadership effectiveness. All of them were women, people of color, members of the LGBTQ community, people with disabilities, or those who belong to the Baby Boomer and older generations.

All three of the grocers also received recognition from Fortune and Great Place to Work in October on the list of the 2018 Best Workplaces for Women. The annual ranking of 100 businesses is compiled from anonymous survey feedback from more than 4.5 million U.S. employees. The three grocers have also been recognized in previous years as top U.S. workplaces.

Rochester, N.Y.-based Wegmans operates 98 stores in New York, Pennsylvania, New Jersey, Virginia, Maryland and Massachusetts. Privately owned and operated by its more than 195,000 employees, Lakeland, Fla.-based Publix has 1,202 stores in Florida, Georgia, Alabama, Tennessee, South Carolina, North Carolina and Virginia. The companies are No. 14 and No. 5, respectively, on Progressive Grocer's 2018 Super 50 list of the top grocers in the United States. Woodland, Calif.-based Nugget Markets operates a dozen stores in the San Francisco Bay Area and the Sacramento metropolitan area.