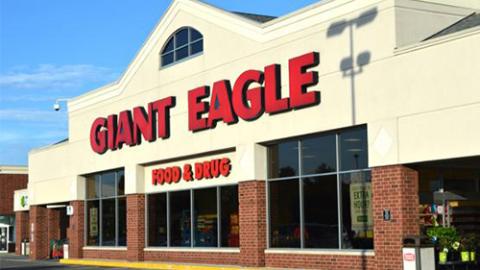 Giant Eagle intends to eliminate single-use plastics in all of its operations by 2025, including bags, straws, serving containers for fresh foods, and bottled beverages.

The initiative is starting with a six-month pilot program at several stores in Pennsylvania and Ohio that gets rid of single-use plastic bags, making reusable bags available for 99 cents, or 10 cents for every paper bag used. Customers who bring in reusable bags will receive a loyalty perk.

Eliminating single-use plastic bags includes those in the grocer's product lines, according to Dan Donovan, senior director of communications at Giant Eagle, who spoke with Philadelphia's NPR station, WESA. He said that he hopes other brands will make similar changes.

Nonprofit organization Greenpeace USA applauds the grocer's commitment. "As other U.S. retailers continue to ignore the plastic pollution crisis, Giant Eagle has shown it understands the urgent need to eliminate single-use plastics from its operations. Giant Eagle has sent a clear message to other retailers that the time for action has come," said David Pinsky, plastics campaigner at Washington, D.C.-based Greenpeace USA.

"While additional details are needed, Giant Eagle’s plan to rid its operations of all single-use plastics by 2025 could be game-changing. We hope that the company sticks to this ambitious commitment, and works to speed up the elimination of throwaway plastic bags, which cannot be recycled in curbside programs," Pinsky added. "Any commitment to eliminate single-use plastics must not rely on false solutions like simply replacing one type of throwaway packaging material with another. Giant Eagle must continue to show leadership by implementing systems of reuse and package-free options in its operations.”

Giant Eagle operates more than 460 stores throughout western Pennsylvania, Ohio, northern West Virginia, Maryland and Indiana. The Pittsburgh-based company is No. 14 on Progressive Grocer’s 2019 Super 50 list of the top grocers in the United States.