Many customers want to eat better, and CPG companies are constantly introducing new products to align with every new fad and trend out there, from keto to super carb and everything in between.

Two statistics, however, are stunning: Just one in 10 adults meets the federal fruit or vegetable recommendations, according to the Centers for Disease Control and Prevention, and the human population is expected to hit 10 billion by 2050, creating challenges of how to sustainably feed this many people.

Several companies are working on gene-edited foods — manipulating the genetic material of plants in a way that could happen naturally — to help solve some of these challenges. Although they’re not on supermarket shelves yet, the potential of gene-edited foods in the next couple of years is huge.

Durham, N.C.-based Pairwise is working on specialty crops such as berries, stone fruits and leafy greens to make them more snackable, removing seeds and pits, and tastier, eliminating the bitter or pungent flavor of some vegetables.

“Something that Americans really struggle with is eating enough fruits and vegetables,” says Heather Hudson, head of collaboration for Pairwise. “If we can take some of those barriers away, then hopefully, we’ll start eating more of the better food.”

San Francisco-based Amfora is using gene editing to increase the protein content in foods, while also decreasing the starch or carbohydrate content of a crop. Its primary focus right now is on soy, which could have far-reaching benefits for plant-based foods as well as animal feed.

“The problem that Amfora is trying to tackle is a two-fold problem: one, to make enough protein to nourish 10 billion people over the next 20 years or so,” says Lloyd Kunimoto, president and CEO of Amfora, “but two, do it in a way that reduces the carbon footprint of food production so that we’re not destroying the planet and we can try to preserve the planet for future generations.” 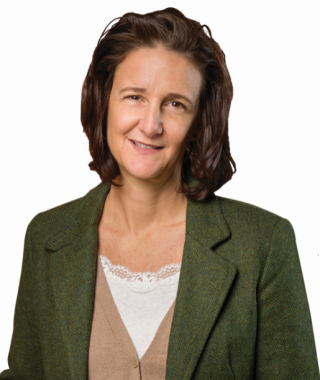 Most consumers are familiar with the term genetically modified organism — or GMO — to some extent, whether it’s a complete understanding of the scientific process or solely seeing a label on their favorite products at the store marking them “non-GMO.”

At a very simplified level, GMOs have been altered in a way that couldn’t occur naturally, while gene-edited foods could all be attained through conventional breeding, but it would take decades or even centuries.

Both Pairwise’s Hudson and Amfora’s Kunimoto believe that much of the misunderstanding about GMOs came from a lack of transparency when those products first entered the market, and they hope to take a different approach with gene-edited foods.

“I don’t think our expectation is for consumers to really get into understanding the different science aspects of how it differentiates them, but I can tell you, how we’re looking at gene editing is quite different to how GMOs were brought to market,” Hudson says. “We will absolutely share on our website how these products are made.

“Consumers are wanting to know the origin stories of their food, where it comes from and how it’s made,” she adds.

Another distinction between the two, according to Kunimoto, is that most GMOs were introduced initially because of the benefit for the farmers, but gene-edited science largely centers on making crops better for the consumer.

“One of the reasons GMO crops have not been accepted well is that there’s no direct benefit to the consumer that’s easy to understand,” he says. “I think the difference with our product is not necessarily the technology we use to make it — in other words, editing versus GMO — but the fact that our products, at least our high-protein products, have something that the consumer wants.”

The U.S. Department of Agriculture announced in June that — under its biotechnology regulations — it doesn’t regulate or have any plans to regulate plants that could otherwise have been developed through traditional breeding techniques, as long as they’re not plant pests or developed using plant pests. 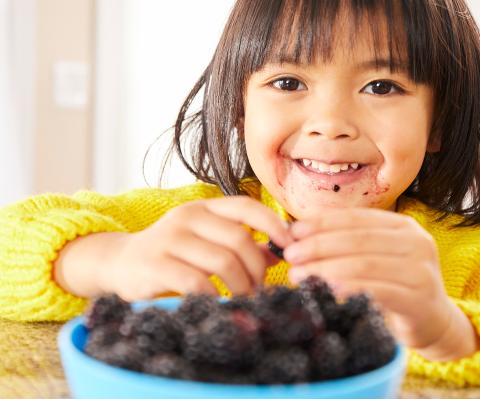 Gene editing has the ability to drive novel varieties into produce departments and kids' lunchboxes.

This regulation, or lack thereof, includes the genome-editing process, opening doors for companies large and small to get into the space.

Pairwise hopes that its work with gene editing will introduce greater diversity to supermarket shelves than what exists now. For example, there are hundreds of berries out there with great health benefits, but most consumers know only blackberries, blueberries, raspberries and strawberries.

Hudson spends most of her time and energy on the vegetable side.

“While I mentioned that we don’t eat enough fruits and vegetables, we really, really don’t eat enough vegetables,” she notes. “Whether it be flavor or just complexity in the preparation, we’re really trying to find out how we can address some of those obstacles and make them more readily available.”

One crop that Pairwise is having great success with is mustard greens, breeding them to have less of the bitey texture and pungent flavor that prevent most people from eating them raw.

These greens are likely the first crop that Pairwise will bring to market, according to Hudson.

“We’re, I would say, 18 months to 24 months away from having a product in the marketplace that retailers and consumers can try and give us feedback on,” she observes.

Pairwise is also working extensively with berries and stone fruits — most predominantly, cherries — to make them more accessible for consumers. Gene editing can potentially eliminate seeds and pits, give them greater year-round availability, promote snacking with smaller sizes, and make them easier for growers to process.

At this time, Amfora is working most intently on soybeans, using gene editing to create high-protein soy, while lowering the starch and carbohydrate content. This work has the potential to change one of the fastest-growing segments in the food industry: plant-based foods. 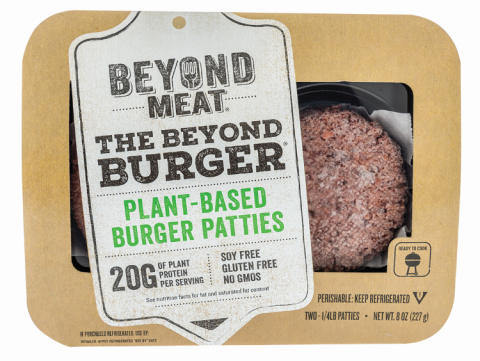 Using gene-edited crops bred with a high protein content can help eliminate some of the capital-intensive concentration processes for plant-based meat companies.

U.S. retail sales of plant-based foods have risen 11.4% in the past year, bringing the total plant-based market value to $5 billion, according to data released by the Plant Based Food Association and The Good Food Institute. During that same period, the total U.S. retail food market grew only 2.2% in dollar sales and was flat in unit sales.

Many large companies — Kellogg, Nestlé, Impossible Foods and Beyond Meat, to name just a few — have gotten into the plant-based meat market, and Kunimoto says that protein-enriched soy could further enrich their products.

“The raw material that’s currently used in plant-based meat, while it is vegetarian-based, soy-based, it also is very capital intensive and expensive to make,” Kunimoto says. “You can minimally process our soy without having to go through a capital-intensive concentration process, and still get the soy dense enough in proteins so that it can be used in plant-based meat.” 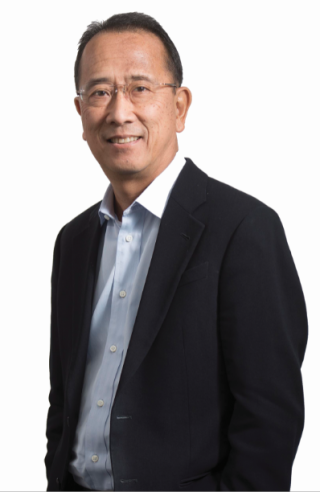 He adds: “We basically relieve the capacity constraint on the Impossible Foods and Beyond Meats in the world by helping them to be able to have access to the raw material without them or somebody else in the supply chain having to put billions of dollars of capital in the ground.”

Amfora plans to launch an initial product, a beta test, at a smaller scale as early as next year, before introducing and producing edited lines at a significant scale, starting in 2023.

Although customer advantages are at the core of gene-editing science, companies such as Amfora and Pairwise tout the benefits for the greater supply chain, and the planet at large.

“For each one million metric tons of beef that you replace with a plant-based meat product, it’s like taking 5 million cars off the road,” Kunimoto asserts. “That’s a really powerful benefit of doing something to catalyze the transition from animal protein to plant-based protein.”

Amfora’s protein-packed soy can also be used as feed to help make processes such as animal protein production, livestock production, dairy production and aquaculture more sustainable and less taxing on the environment.

“While top of mind is always consumers, we can fully appreciate that there are other stakeholders in that value chain,” Hudson says. “I think there’s a huge opportunity for growers and retailers, packer-shippers, all through the value chain, to make traits that help create value for them as well.”

The future of food no doubt will include technologies such as gene editing, and it’ll largely be up to customers to decide whether the value proposition makes sense to them. Technology is ingrained in everyone’s daily lives with cell phones, laptops, thermostats and so much more, so why not gene-edited food?

“One of the things that I think — that I hope — that technologies like ours and products like ours can do is to get the public to realize that science and technology can be forces for good,” Kunimoto says.

Only time on the supermarket shelves will tell.