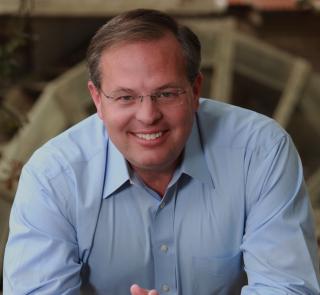 If you are a student of the future — either out of curiosity or because conditions in your market demand it — you are familiar with the paraphrased version of the headline for this article (“the future has arrived...). The author is William Gibson, the well-known speculative fiction writer. The point he was making, to his non-fiction readers, is that the future in technology tends to show itself with the dominance of a few players that effectively raise the stakes for all competitors. The stakes are raised because to compete in that market will require that the company acquire the new talents, investment and experience of the forerunners. That proves to be impossible for most competitors, so instead of building they acquire platforms that meet the requirements. Once a majority of competitors buy a worthy platform, the rest of the pack is already behind. It’s not an enviable place to be.

So, who are the few at the head of the food retail pack? Off the top of my head, I’d say Walmart, Amazon, Target are all defining the future of retail pricing. And why? Because they have successfully embraced AI as the core technology for selling the right product, at the right price, in store or online platform to get a specific customer to shop. That leaves thousands of retailers behind the starting line today at extreme disadvantage. This is the time that a technology vendor or two will come along hoping to democratize or re-distribute the future, and level the playing field once more.

A Thumbnail History of Pricing in Retail

I say “once more” because this isn’t the first disruption in technology-driven retail pricing. Our company has taken time to sketch a thumbnail history. At each step of the way, we sought to understand the requirement for the “then-near” future. First were the era of pioneers, in the 2000s, who ushered in an era of predictive price analytics. Among many other conditions to use the technology, there were siloed modules that were used independently to do the predictive work. There were rules or optimization, but not both. And demand analytics came quarterly, an infinite time to wait in fast-moving retail markets. Next, in the 2010s, came the prescriptive era for pricing, marked by modules that could offer independent decisions, where rules could conflict with optimization, and where demand analytics came weekly, closer to the speed of retail analytics. Then, speeding up to the current era — led by the examples of Walmart, Amazon, Target and the company I joined which have employed AI-driven automation to free pricing managers from countless tedious tasks so they can focus on strategy and execution of business-building solutions. The time has arrived for AI and machine learning (ML that gets smarter and smarter about the shopper).

There are many reasons for the ascendance of this technology. The most fundamental truth is that the job of a grocery pricing manager has become humanly impossible. Put COVID-19 aside — which has serially and in parallel impacted the retail market with supply chain disruptions, fear of shopping in physical stores, and the swift adoption of e-commerce — there is the vast complexity of pricing modern retail across multiple channels; while prices on a shelf can persist for days, prices on the digital channel can change by the minute. The expanding number of SKUs, stores and partners has added greatly to those complexities. In addition, the adoption of AI, which has always been a challenge to users exponentially when so much of adoption depends on trust. Will this system help me make better decisions, or is it a first step to the elimination of my job? And what about my brand collaborators? Will the system help them make better decisions? An area for much needed collaboration is promotions. A modern, user-friendly system, that empowers users, and is available to both retailers and their vendor partners, would give all users a sense of purpose and importance. The system could find the best price for the right customer at the right store or through the right channel, whether we are talking about base-price, promotions or markdowns.

Aside from doing the things that it claims to do, an AI-assisted platform for autonomous pricing — we believe that this is what the tech category might be called — it must come with three promises. First, the user must understand why the system is making a recommendation. If a user cannot understand why, the system will not gain adoption. The system should be simpler, smarter and speedier than what’s usually is foisted on pricing managers. This is no smaller matter — the platforms of Walmart, Amazon and Target pride themselves on understandability and usability. Two, the system needs to be open and collaborative. A recommendation for a promotion can be fatally stalled if vendors are not allowed on the system. Finally, the system must empower the user.

Just as SAP invited a new category of user to become “business intelligent” when it purchased Business Objects, a modern AI-driven pricing system must elevate, not eliminate, the user. In the end, the open system should help the user prepare for the next disruption. We’re already planning for that.