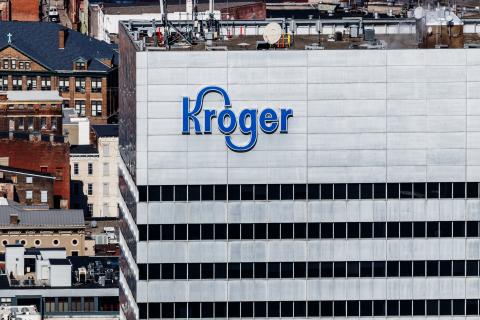 The FTC is asking Kroger for additional information regarding its potential merger with Albertsons; Kroger said it previously expected additional questions.

The Kroger Co. has been asked to provide additional information to the Federal Trade Commission (FTC) on its pending merger with Albertsons Cos. as part of the agency’s regulatory review process. Kroger said that it anticipated the request, and that it plans to work cooperatively with the FTC throughout its proceedings.

This second request will extend the waiting period imposed by the Hart-Scott-Rodino Antitrust Improvements Act until 30 days after the two grocers have complied with all of the FTC’s requests. Kroger still expects the merger to close in early 2024.

“Kroger looks forward to realizing the compelling benefits this merger will offer, including enhancing competition, lowering prices for customers, improving access to fresh food, creating opportunities to continue investing in our associates and securing the long-term future of union jobs,” the company said.

In October, Kroger said it intended to acquire Albertsons for $34.10 a share, a total enterprise value of approximately $24.6 billion. The deal’s value includes the assumption of about $4.7 billion of Albertsons’ net debt, and as part of the transaction, Albertsons will pay a special cash dividend of up to $4 billion to its shareholders.

That special dividend was originally set to be paid on Nov. 7, but has been delayed due to a temporary restraining order attained by Washington State Attorney General Bob Ferguson. A hearing on Ferguson’s restraining order is now slated to take place on Dec. 9.

“As we think about how to best position ourselves to provide fresh, affordable food for America and secure union jobs into the future, we believe in the proposed merger with Albertsons,” McMullen said during his testimony. “The merger allows us to more effectively operate in the constantly evolving and fiercely competitive grocery landscape.”

Continued McMullen: “We would not be proposing this merger if we did not truly believe all our stakeholders would benefit. From the outset, we have been candid about our intention to work with the Federal Trade Commission and state attorneys general to develop a thoughtful divestiture plan -- either through divesting stores to strong buyers or creating a stand-alone independent company.”

Michael Needler Jr., CEO of Ohio-based Fresh Encounter Inc., also testified before the subcommittee to offer an independent grocer perspective on competition in the grocery sector and the potential effect of the Kroger-Albertsons merger.

“Our view is this: America’s grocery sector is getting less competitive from increasing concentration and unchecked buyer power due to a lack of enforcement of the Robinson-Patman Act,” Needler said in his opening statement. “Let me be clear: We are agnostic on this transaction. We are not afraid to compete against anyone, no matter how big. What we oppose is the lack of constraints on buyer power, which thwarts our ability to compete in the first place.”