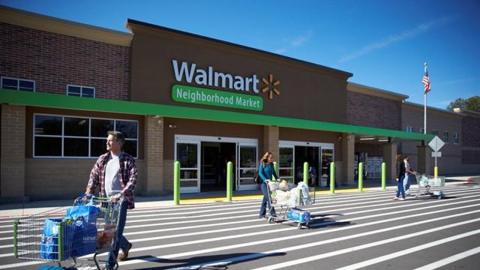 More and more grocery retailers are limiting customer capacity in stores as a way to help slow the spread of the COVID-19 virus, but one measure in Maryland is taking the practice to a new extreme.

The Calvert County Health Department has asked food retailers and customers to follow a voluntary guideline that would limit shopping to one trip every five days. Consumers would shop according to their last names – the first letter of a last name would correspond to a specific shopping date, according to a Fox News report.

That health department, like others throughout the country, also has set a customer-limit mandate, which took effect on Thursday. Food and other retailers cannot admit more than five customers per 1,000 square feet of store space at any one time. Enforcement mechanisms were not detailed but public health departments, either via their own workforce or through local law enforcement, usually have the power to fine violators, have them arrested or close offending businesses.

“This is consistent with current policies of Walmart, Giant and other private corporations as they aim to protect their customers and employees from coronavirus,” the health department said. “If people limit their trips to their pre-pandemic habits, this limitation would not be necessary.”

Walmart, in fact, stands as one of the early retail adopters of customer limits that involve food shoppers during this time of social distancing. On April 3 the chain said that it would “limit the number of customers who can be in a store at once. Stores allow no more than five customers for each 1,000 square feet at a given time, roughly 20% of a store’s capacity.” As is the case with most other food retailers with customer limits, the measure joined other pandemic protection efforts such as sanitizing payment terminals and issuing masks and gloves to employees.

“We want to encourage customers to bring the fewest number of people per family necessary to shop, allow for space with other customers while shopping, and practice social distancing while waiting in lines,” Walmart said. “We’re also seeing states and municipalities set varying policies regarding crowd control – which has created some confusion regarding shopping.”

Aldi Grocery Stores announced a similar policy. Like Walmart and other operations, Aldi set its limit at five customers per 1,000 square feet, but will let certain customers cut to the front of any outdoor lines. “We may enforce a brief delay between customers to allow for adequate space between customers as they enter,” Aldi said. “We will be allowing any medical professionals, with identification, immediate access to the front of any lines that may form outside our stores.”

Some state and local governments have set their own broad customer limit requirements for retailers. Ohio was among the earliest states to do so. There, Gov. Mike DeWine issued an order that says retailers of all types, including food sellers, must set limits according to the size of their stores. “The new order requires retail businesses to establish the number of people who should be in the business at one time," DeWine said. "We're not telling them the number because businesses are all different. But businesses must determine their number and post it."

Customer limits have the support of many food retail employees, according to recent survey data from United Food and Commercial Workers International Union (UFCW). The union polled more than 5,000 of its grocery and food worker members and found that 72% of them favor customer limits. The way things are going, it seems very likely that they will get that wish as more retailers and governments set those limits.