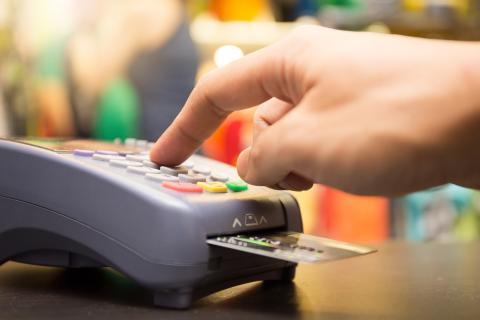 According to Nilson Report research, processing fees paid by U.S. merchants to accept card payments came to $116.4 billion in 2019, an 88% increase since 2009.

FMI — The Food Industry Association has expressed solidarity with two North Dakota trade organizations that have filed a lawsuit alleging that the Federal Reserve’s final rule to regulate the interchange on debit transactions from the largest bank issuers, which went into effect back in October 2011, is too high, doesn’t meet the legal requirements and should be lowered. North Dakota Retail Association and the North Dakota Petroleum Marketers Association filed the suit in the U.S. District Court in Bismarck, N.D., on April 27.

“FMI was an original plaintiff in a November 2011 lawsuit against the Federal Reserve board of governors and argued it set the regulated rate too high and did not meet the statutory requirement that it be reasonable and proportional to the issuer costs,” noted Hannah Walker, VP, political affairs at Arlington, Virginia-based FMI. “Now, almost a decade later, the issuer costs have continued to go down, but the regulated rate has stayed artificially and unjustifiably too high. FMI members pay some of the highest swipe fees in the industrialized world, and it is time for the Fed to provide the relief that was envisioned in the debit reform law.”

Added Walker: “Banks have — for years — exponentially profited off the artificially high and unchecked credit and debit card swipe fees merchants pay, and it’s the shopper who ultimately suffers.” Citing Nilson Report research, she pointed out that processing fees paid by U.S. merchants to accept card payments came to $116.4 billion in 2019, an 88% increase since 2009.

FMI continues to seek fixes to the issue through federal and state legislation, and the organization is a founding member of the Merchants Payments Coalition (MPC), which takes the position that card processing fees are one of merchants’ highest costs after labor, and that these fees drive up prices for goods and services paid by the average U.S. family by hundreds of dollars each year.

In March, after the Federal Reserve released its biennial report on fees charged or received by debit card issuers and payment card networks, which revealed that while retailers’ costs have remained fixed at the 21 cents plus five basis points cap set by the board in 2011, banks’ cost has dropped by more than half, to 3.6 cents, the Arlington-based Retail Industry Leaders Association urged the Fed to reduce the swipe-fee rate immediately.

Also in March, the MPC welcomed an investigation by the U.S. Department of Justice into whether Visa is engaging in anticompetitive practices related to how debit card transactions are routed for processing. The investigation came in the wake of Visa and Mastercard's postponement of nearly $1.2 billion in planned credit card swipe fee increases until April 2022, following a letter from federal lawmakers encouraging them to cancel the hikes.