If you think that there’s no such thing as a free lunch, well, then, you don’t live in Mount Vernon, Ind.

This beautiful town of 7,000 residents sits right on the Ohio River between Louisville, Ky., and St. Louis, Mo. That’s where McKim’s IGA is located, a family-owned hometown grocer that has proved there is in fact such a thing as a free lunch.

Last year, when schools closed due to the coronavirus pandemic, hundreds of children in that community were going without the free meals that they would have normally received in their schools. So McKim’s IGA, a 10,000-square-foot store operated by the McKim family at 1320 Main Street in Mount Vernon, began handing out free lunches until school went back into session. At one point, the store was distributing around 50 free lunches each day to students ranging in age from 8 to 18.

Naturally, the free kids’ meals at McKim’s were a huge hit in the local community; customers even started making donations to help the grocery store fund the meals. The program was a shining example of retail innovation at a time of great national crisis.

Now, you won’t find grocery stores such as McKim’s IGA in The PG 100 list of America’s top retailers of food and consumables in this issue, but these smaller, independent operators are displaying the kind of innovative thinking that all legacy leaders in grocery should be looking to emulate.

I read about McKim’s free lunch program while I was serving as a judge for the National Grocers Association’s Creative Choice Awards Contest, presented by Kellogg’s and Unilever, to honor and recognize the best marketing and merchandising programs in the grocery industry. Winners of the Creative Choice Awards Contest gain respect throughout the industry and receive national recognition at The NGA Show (scheduled this year for Sept. 19 in Las Vegas). Reading the entries for this year’s contest, I was blown away by the innovation and resourcefulness shown by so many indie grocers in America over the past year.

Some of the examples that I saw include:

When it comes to innovation, many independent operators today may be focused on e-commerce, touchless checkout and automated fulfillment to compete with the big grocery companies. But being an innovator, a leader in food retail in 2021, doesn’t necessarily require having fancy checkouts, contactless payment apps or billions in revenue. Size brings economies of scale, of course, but as we look across the food retail landscape at Progressive Grocer, examples of innovation abound, and often they come from companies that aren’t opening giant robotic fulfillment centers. Much of the innovation in grocery is coming from operators that are less well known — except, of course, unless you’re a shopper at McKim’s IGA in southern Indiana. 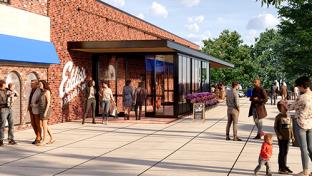 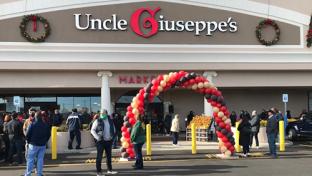