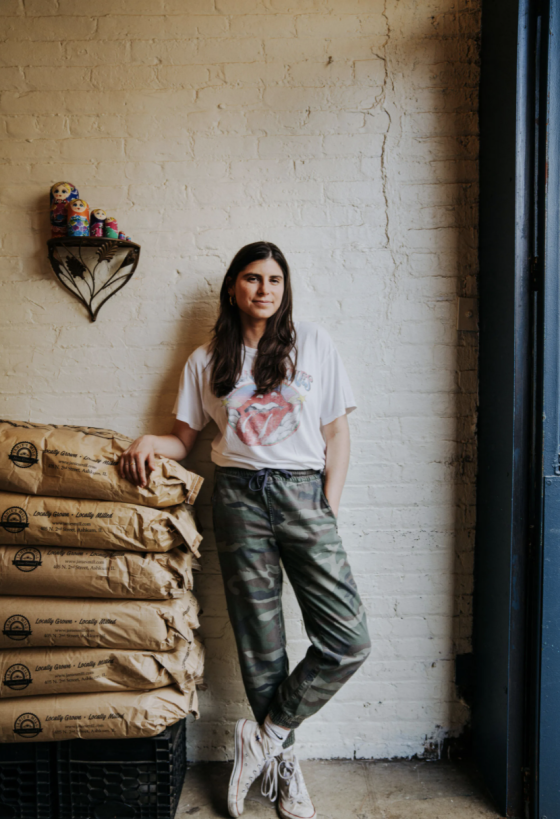 Beginning life as a pop-up shop in the summer of 2020 with an investment of just $8,000, Edith’s has now grown into a new flagship location in Brooklyn, N.Y., that will carry hard-to-find grocery items, a full dining menu featuring innovative versions of classic Jewish dishes, and a robust housemade program, highlighted throughout the menu and the deli case, and featuring such items as smoked fish, breads and pickles.

Initially supposed to last just eight weeks, the pop-up immediately went viral, enabling Edith’s to become a permanent jewel-size fast-casual sandwich shop in the Williamsburg neighborhood of Brooklyn, attracting diners from near and far. The retailer’s latest iteration, which will officially open Jan. 18, following a soft opening on Jan. 11, promises “an entirely new kind of grocery shopping and dining experience – one that you’re encouraged to both explore in store and take home with you.” Edith’s likens the ambiance to that of legendary New York City deli Zabar’s.

"After spending 10 years on the consumer side of the food industry working with different CPG brands, I always wanted to give the restaurant industry a try," Heller told Progressive Grocer. "I felt like there was room for my POV within the Jewish food space and wanted to try it out on a small scale with the pop-up to see my concepts around Jewish food would resonate with guests. On the first day of the pop-up, we opened to two-and-a-half-hour lines down the block, and since then, I've never looked back."

Meanwhile, Edith’s grocery offering turns the spotlight on Jewish food staples, including traditional appetizers as well as unique assorted treats, complemented by historical information inspiring guests to try new ingredients and learn about their history. The store will also carry such exclusive products as Emmett’s Frozen Tavern Pies and collaborative items with Pierozek Pierogi, Petee’s Pie (Tahini Chess Pie) and La Boite (Everything Spice). Noting that Edith's is "showcasing people who may not have the infrastructure to sell to traditional grocery stores, but who make amazing food that is rooted in tradition," Heller promised more brand partnerships in the works that would roll out seasonally.

"It was important to me that we make global flavors and foods feel accessible," she explained. "I felt the best way to do that was to have people taste the ingredients in the same setting where they could potentially purchase them. Every dish on the cafe menu incorporates products and goods from the grocery shop. We hope this helps customers understand how to use these unique ingredients and products, bridging the gap between ingredient, flavor and dish. I come from the grocery store business of working with different CPG brands and always thought that there was an opportunity to help people understand global ingredients and dishes in a more exploratory way. People can come to Edith's and leave with the ability to make restaurant-quality food with global flavors in their home every day."

Edith’s Eatery & Grocery, located on 312 Leonard Street in Brooklyn, will eventually be open seven days a week, 8 a.m. to 8 p.m., but that's just the beginning of the story.

"We are putting a plan in place for what the future of Edith's could look like now that we have found success in multiple formats — our flagship-style restaurant-retail hybrid, as well as fast casual," said Heller. "Tradition with a twist is what makes Edith's special, along with the emphasis on food quality and our story. This time last year, we were a team of three cooking on folding table at our pop-up in the back of Paulie Gee's pizzeria; now we have a team of over 20 and two locations. The fact that we have been able to do this during a pandemic has me really excited for what the future holds for Edith's."