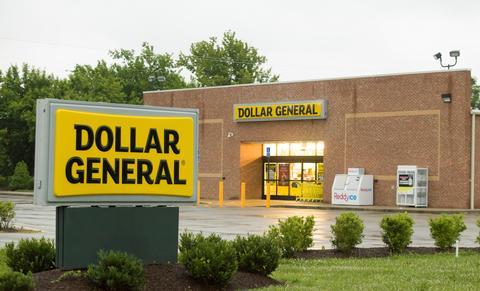 Dollar General aims to develop a comprehensive network of affordable services for its customers located in "health care deserts."

While retailers are stepping up initiatives to increase access to fresh produce to combat food deserts, discount retailer Dollar General is also aiming to expand access to health services for customers located in “health care deserts.”

According to The Washington Post, the federal government now designates nearly 80% of rural America as “medically underserved.”

Dollar General is in a prime position to provide services to these health care deserts across the nation with more than 17,500 stores located within 5 miles of about 75% of the U.S. population. The retailer also has the talent to build a comprehensive network of affordable services in rural America. In addition to recently hiring its first chief medical officer, Vasos possesses a background in health. Prior to his 13-year career at Dollar General, the CEO was on the executive team at Longs Drugs (now a part of CVS) and the Phar-Mor pharmacy chain.

“I don't want to get in front of our skis, but it could be a really big deal, not only for our top line and bottom line at Dollar General, but even more so, making that box even more relevant to those consumers in rural America that have to drive now 30, 40 minutes for an eye exam as an example, or even to see a doctor,” he said. “So we believe that there is some real opportunity here.”

Vasos indicated that while the retailer’s health care initiatives will start to roll out going into next year, he cautioned that the journey to becoming a health care destination will take many years.

Dollar General also said that it expects to offer produce in up to 10,000 of its stores over the next several years, up from 1,300 stores currently, as it moves closer to functioning as a grocer in more of the communities where it operates.

Goodlettsville, Tenn.-based Dollar General operates more than 17,400 stores in 46 states, employing approximately 140,000 associates. The company is No. 15 on The PG 100, Progressive Grocer’s 2021 list of the top food and consumables retailers in North America.